Turkey exhibits an unprecedented activity in the area of the restitution of cultural property removed from the country. The country has an excuse - the creation of the world's largest museum of civilizations. The Turks not only want to return the heritage of their ancestors, Seljuks, but also ancient artifacts of Greeks, Romans, Byzantines, Hittites - the cultures and peoples who once lived here. 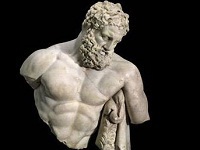 The Museum of Civilizations will be built in Ankara on the area of 25,000 square meters. Completion of the construction of the ambitious project is scheduled for 2023 - the 100th year anniversary of the Republic of Turkey. According to the Minister of Culture and Tourism of Turkey Ertuğrul Günay, the capital will be proud to host the largest museum in the world. Yet, there is a difference between building the walls and filling them with exhibits.

Since the territory of modern Turkey was populated by a number of different cultures and different ethnic groups at different periods, the creation of the Museum of Civilizations will require a variety of artifacts, and if there is none in the country, they should be returned from abroad. Turkey has suffered greatly from the illegal export of museum values, despite the strict ban in force in the Ottoman Empire in 1906. However, archaeologists continue to dig out and smugglers continue to export to the black market the country's wealth, enriching the collections of European and American antiques lovers. The current authorities have decided to change the situation.

Last spring, as a friendly gesture, Germany gave the Turkish Republic the statue of the Sphinx from Hattuša, the former capital of the Hittite Empire. Historic Monument, which is over three thousand years old, was stored in in the Berlin Museum "Pergamon" from 1934.

A few weeks ago, Prime Minister Recep Tayyip Erdogan who returned home after a state visit to the United States, brought along the top of a Roman marble statue - a gift to the Turkish people from the Boston Museum of Art. If the return of the sphinx by Berlin is controversial, reported the German edition Tagesspiegel, the upper part of the sculpture based on the club of Hercules resting after his labors came to the U.S through illegal channels in 1981.  Three decades later, the Americans have voluntarily returned it.

High-ranking Turkish officials credit themselves for the restitution of cultural property.

"Only in the last three or four years we were able to return over three thousand artifacts," said Guney who became Minister of Culture and Tourism of Turkey in 2007.  "We trace the paths of all works of art that have been illegally exported from our country. It does not matter what museum in what country in the world has them today."

The Turks are willing to take drastic measures to return their valuables. Earlier this year, they let down the British Museum. For the exhibition "Hajj: journey to the heart of Islam" Topkapi Museum in Istanbul first promised three dozen pieces, and then suddenly declined the request of the British.

Recently, the British were forced to postpone the exhibit of the wreckage of a Phoenician ship that sank off Cape Uli at the end of the 14th century BC, as Turkey refused to give them the oldest ship in the world along with its cargo discovered in 1982 off the coast of Antalya. In both cases, the Turkish side as a pre-condition requested the return of the carved stele, dating from the 1st century BC, depicting the king Antiochus Epiphanes I greeting Heracles.

In 1882 it was found in a field near the town of Samsat. The carved sculpture of 1.3 meters in height was used as a media for the production of olive oil. The archaeologist Sir Leonard Woolley, engaged in excavations Karhemishe, bought it in 1911.

In short, the Turkish side has claims to nearly all the major museums of the world that have artifacts found in Turkey in their collections.

Minister Guney claims that the Turkish side is not going to argue about the origin of some artifacts, but immediately put forward harsh conditions. Turkey has repeatedly threatened to stop the excavation of the archaeological site of the ancient settlement of Hattuša that the German Archaeological Institute (DAI) have been engaged in since 1906. The German archaeologists take these threats seriously: in 2011 the Turkish authorities closed down archaeological work in the Roman city of Aezani located in Phrygia in Asia Minor. The Germans were doing research in the area intermittently since 1926, and continuously - since 1970.