Russia to keep an eye on its children in USA?

The Russian State Duma is planning to ratify the treaty about the adoptions of Russian children by Americans. Russia will be able to control the situation with foster families. Meanwhile, a delegation of the Russian Federation was not even allowed to the "children's ranch", where the adoptive parents of Russian children send kids for "reeducation."

In 2011, 970 Russian children were adopted to the U.S. Only China and Ethiopia have larger indicators. Russia is one of the leading donors providing its young citizens to foreigners. The widespread belief that mainly disabled children abandoned by their Russian parents are adopted is refuted by experts. 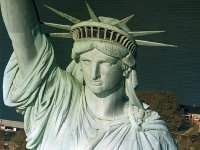 In particular, the Commissioner for Children's Rights Pavel Astakhov said that most American prospective parents, when filling out a questionnaire, indicated they would prefer to adopt a healthy baby.

Often, when children move to a new family in the U.S., the situation suddenly changes. Adoptive parents convicted of abusing foster sons and daughters justify their actions by saying that the children supposedly "deserved punishment" by their bad behavior caused by their psychological state.

According to Astakhov, many of the adopted Russian children are ascribed fetal alcohol syndrome and syndrome of lack of affection, but there are no documents to confirm this diagnosis. However, this "presumption of guilt" allows U.S. courts to give very light sentences for adoptive parents who abused their children.

For example, an American couple who tortured their adopted son to death (80 wounds were found on his body) was sentenced only to a few months in prison. This is not an exception but a common practice. According to the ombudsman for children's rights in Russia, most courts in such cases would give a short or suspended sentence, or even release them altogether.

Last week a court in Wisconsin began a hearing of another American couple who for seven years had abused six adopted children from Russia. The O'Brien spouses developed their own system of punishment: beating children with a stick and a belt - the number of hits would correspond to the child's age. They put them in the snow naked and forced them to sit in a dog kennel.

But these are only the facts that become public. Many "ordinary" beatings and cases of humiliation will forever remain untold by the newspapers and court records like Ranch for Kids in Montana.

Recently, a very representative delegation from Russia that in addition to Pavel Astakhov also included Commissioner for Human Rights and Foreign Minister Konstantin Dolgov, and Russian consul was trying to get there. They wanted to see the living conditions of the Russian children. The ranch was created precisely in order for adoptive parents unable to cope with raising children from Russia to bring them there - temporarily or permanently.

The Russian authorities have failed to learn what is going on in the children's "ranch," because they simply were not allowed in, based on the inviolability of private property. No one knows how many more of these "children's ranches" exist in the US, especially since they are located in remote areas.

Theoretically, this situation would be resolved by the treaty between Russia and the United States on the Adoption of Children signed by the heads of international agencies of the two countries a year ago. Now it is to be ratified in the Duma. It means not only strict selection of candidates for adoptive parents, but also control over the conditions of child's life in the new family.

However, the treaty does not take into consideration a very important moment - a possibility of the child willing to go back to Russia. This is especially true for the teens who are already quite capable to assess how they are actually treated.

The United States government provides certain benefits to adopters in the form of tax incentives, attractive home loans, and free medical insurance. It would be wrong to say that all adoptive parents are guided solely by material gain, but this aspect is worth considering.

In the meantime, the Russian authorities are only planning to tighten control over adoptions by foreigners. The Kemerovo region implemented a general ban on giving local orphans to the U.S. An exception is made only for close relatives - grandparents, sisters and brothers. Prior to the ban, American citizens were most numerous among the foreigners adopting local children.