Australian aborigines learn to read and write with Cuban method

A total of 10 Australian aborigines between 25 and 53 years of age ended their basic studies of reading and writing through the Cuban literacy method, "Yo sí puedo" (yes I can), José Chala, coordinator of the program in this nation confirmed today.

The specialist of the Latin American Pedagogic Institute of Caribenho in Cuba, specified that a second group of 11 indigenous people, from 15 to 61 years old, will finish the literacy plan in the city of Wilcannia, 965 kilometers to the northwest of Sydney.

"Yo sí puedo" (yes I can), makes it possible for Australian aborigines to learn to read and write in a period of three months, and it supplies them with the necessary tools needed to handle the technologies, to improve the capacity of expression and to preserve their culture, he indicated.

According to press information, Wilcannia, with 60 per cent of the population - of approximately 700 inhabitants - are poor and lack for sources of work, registering high parameters of illiteracy, domestic violence and alcoholism.

The Cuban methodology, which received the 2006 King Sejong Literacy Prize, of the the United Nations Organization for Education, Science and Culture, was applied in 28 countries and it benefited more than six million persons in whole world.

The system employs the so-called alphanumeric technique, which associates a letter with a number, on the basis of which most illiterates have basic knowledge of numbers. 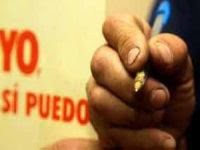