Gil defends importance of the Internet for social movements

On the anniversary of the start of public demonstrations in Egypt, the singer-songwriter Gilberto Gil championed the Internet as the main agent in the construction of contemporary behavior. He participated on the afternoon of Wednesday (25th) in Global Connections, a thematic event in the Social Forum in Porto Alegre. 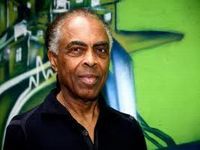 In a discussion with the theme "The Arab Spring: The Internet in the Construction of Democracy 2.0," Gil pointed out that the world is fragmenting. "One of the most important criticisms of Arab Spring and all movements like it is that they are against part of the system and not necessarily against the whole system."

Besides Gil, the journalist Antonio Martins and the general coordinator of the Office of the Digital Government of Rio Grande do Sul, Vinicius Wu, participated in the conversation that took place in the Casa de Cultura Mario Quintana, in the center of the capital city from Rio Grande do Sul, bringing together Governor Genro and the Secretary of State for Culture, writer Luiz Antonio de Assis Brazil.

Referring to the song "Futurível," written during his imprisonment, the former Minister of Culture stressed the need to support the motion proposed for social utopias, be they Eastern or Western origin. "They mix a sense of many possible futures at the same time," he explained.

"It is the rational thing, so that it has functionality, the recreation of these possible futures." Gil also said that any criticism of these movements must be supported so that there is no aggregation or generalizations of the ideals. Source: G1