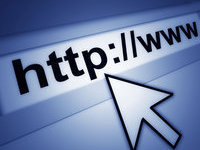 He is only 17 years old, but the Israeli hacker known by the nickname as 0xOmer has already hit the headlines of many newspapers of the world. The man published hundreds of numbers of Saudi credit cards, in retaliation for the actions of hackers from Saudi Arabia, who previously published tens of thousands of Israeli credit card numbers.

"This is just the beginning," 0xOmer told The Jerusalem Post on Wednesday. "We have over 300 numbers of Saudi credit cards ... and the personal data of more than 10 thousand of people in Saudi Arabia, including full names, addresses and e-mails. If they publish at least one more little detail about Israel, we will attack with full force and publish all the credit card data," he said.

Hackers have made it possible to see the essnese of the cyberwar that has been gathering pace in the world recently. Last week, Israeli banks had to quickly block the credit cards that found themselves on the list of Saudi hackers. Now, Saudi banks will have to do the same thing, says MIGnews.com.

In turn, Saudi hacker 0xOmar (the Israeli hacker used his name to create his own moniker), who published bank details of thousands of Israelis in early January, urged "Arab-Islamic" hackers to take part in cyberwar against Israel. He posted the statement about it on Pastebin.

"I also invite great Turkish hackers, who hack many websites every day," wrote 0xOmar. He also published a link to 200 " fresh and working Israeli credit cards, reports Lenta.ru. The hacker promised to post daily data about 200 credit cards of Israeli citizens. He urged his followers to attack military, governmental, and other important Israeli sites. However, he also wrote that his mailbox in Mail.Ru Russian service had been blocked, so he indicated the new address.

Interestingly enough, the Turkish hackers, whom 0xOmar mentioned, hacked Palestinian sites in September 2011 by mistake, adds Sursorinfo.co.il. As a result of their action, anti-Israeli messages appeared on 70 web pages of the Palestinian Authority hosted on Israeli servers.