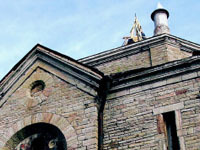 Sweden will get rid of its churches. There are not enough funds to maintain numerous church buildings as the country, according to opinion polls, has over 80 percent of the people who classified themselves as atheists. The methods for enticing people into churches would not be approved by the founders of the Protestant denominations. Places of worship now have SPA-salons and centers of Chinese medicine.

Professor of Ethics Swedish, pastor Hans Hammar Berryer, sent an open letter to the nation, in which he proposed to blow up churches or find a different application for them: turn them into cafes, pizzerias, houses, or industrial facilities. In Sweden there are 3,384 church buildings. At best, five hundred of them are used for religious services once a month. Sweden is the least religious country in Europe.

The funding of confessions in many European countries is now obtained through the so-called church tax or its components. The payments are voluntary. This form of financing of religious infrastructure is used in Germany, Denmark, Sweden, Austria, Switzerland, Finland, Iceland, Spain and Italy.

The tax is paid in favor of a religious community. Refusal to pay means leaving the church, which takes away from a former community member a place at a church cemetery and some other temple services. Incidentally, it is not always possible to get a church tax on hand in the form of money. In some places this part of income on tax payer's request can be redirected to other purposes - charity or scientific development.

After the separation of church from the state in 2000, the right not to pay the clerics was granted to the Swedish Lutherans. Apparently, expecting a mass fleeing of the nourished herds from their pastors, the Swedish government decided to allocate 50 million euros annually for the maintenance of temple buildings through the support of the objects of cultural and historical significance.

"I have studied statistics, and it terrified me," Hans Hammar Berryer was quoted by Novye Izvestia. "Since 2000, over half a million people fled from the church (the population of Sweden is 10 million).The situation is even worse with the younger generation. The Rite of Confirmation in the 1970s was held annually by 80,000 children. Today the number has decreased to 35 thousand. There are increasingly fewer parishioners, respectively, our revenues are falling. We just do not have enough to maintain 3,384 churches existing in the country. There are only three ways out: blow the churches up, fill them with people or turn them into pizzerias and production departments. "

The Bolshevik idea to blow up churches does not scare many Swedes. According to the online survey of the Swedish newspaper "Svenska Dagbladet", 46 percent of Swedes are in favor of the demolition of churches, 54 per cent are against it. Over 80 percent of Swedes consider themselves non-believers, that is, they are not paying to those carrying "the word of God." Abandoned Protestant churches are being looted. Thieves do not only steal what is stored inside, but even take the copper from church roofs. This year 42 such instances have been recorded.

The liberal wing of the Lutheran Church parishioners is luring people with a complex of secular services. Now, the priests offer not taming, but rather gratification of the flesh. The churches offer massages, water treatment and purifying beverages. Employees of the cult attract therapists and other specialists to their business projects. In particular, clients lying on a sofa under a warm blanket in modern Swedish Lutheran church can complain about their lives not only to the pastor but also a psychotherapist. Another trend is Asian bodily practices and sale of proprietary Chinese qi energy by qualified instructors. More conservative parishes offer local developments in the form of various diets and exercise.

Thus, Protestantism that arose out of the Reformation of the Catholic Church is becoming the object of another Reformation. In 1517, Martin Luther posted his 95 theses against the orders of the Catholic Church on a church door at Wittenberg which, according to official history, marked the beginning of the Reformation.  In 2007, a Protestant Congress was held in Wittenberg that declared the policy of modernization that has already passed the "point of no return." The representatives of Germany stated that the number of believers in the Protestant churches in 2030 could fall from the current 25.6 million to 17 million people. At the same time the annual income of the religious communities will be reduced from EUR 4 billion to 2 billion.

However, these numbers only take into account the income from church tax paid by parishioners. As for the total profits of the evangelical churches of Germany (unification EKD), it is approximately 10 billion euros per year. It is worth noting that the desire to bring the church to "universal values" often has the opposite effect. Thus, recognition of "normality" of sodomy by the Anglican Church and the introduction of female bishops has led to a massive exodus of parishioners and priests who do not want to deal with those degraded. Earlier this year, members of 20 former Anglican parishes and three former Anglican bishops have left for the Catholic Church.