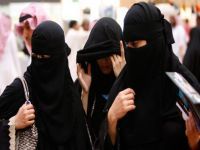 Recently, the dictator Abdullah of Saudi Arabia (who for the traditional media remains as a democratic and righteous king) granted in an absolutely benevolent form the right to vote being passed for the women of his country.

The treatment of Abdullah goes together with the sympathy shown by the media to the dictator - or "president" - of Yemen, Ali Saleh, who has not fallen out of favor with the U.S., the parameter for media likes or dislikes. Treatment differs from that given to Bashar al Assad and Qaddafi, who quickly turned to bloody dictators for the media.

Palms and celebrations of the press, praise from allies and, of course, effusive congratulations from the U.S., who insist on bringing democracy to their enemies, but never to friends.

Is there indeed a difference in the treatment of women in Saudi Arabia? Did it change or will anything change in ... 2015, when will the elections come? As a matter of fact, which elections?

The country is a dictatorship where the "King," is in charge, simple as that. Municipal elections take place soon, but of course this is not real benevolence that will now cost while the people must "be used" by the news. Read: it is necessary to cool enthusiasm and mask the inefficiency or inability to implement the decision broadly.

In addition to performing in local elections (half of whose members are elected and half appointed, but in the end have almost no power), women may also be part of the Shura, something like the national parliament. But this does not even come close to the popular vote, which is fully nominated by the "king." That is, women can enter only if the king wants! They have to be a friend of the king, or the king's woman ...

It will be interesting in a country run by laws dictated by the mullahs that do not even allow women to drive. Women are dictated to by ruling mullahs, in a form hardly apparent, without effective powers.

It seems counter-intuitive. One sees how cosmetic the permission is from benevolent King Abdullah. Women can compete, but compete for what?

The issue goes even further. The king is not stupid, he doesn't remain in power for decades without a modicum of intelligence (oil, wealth and being good friends with Yankees helps, of course). The idea is to give women a false power. Give them something that ultimately makes no difference outside of on paper.

If women cannot even leave the house unaccompanied, how and why the heck will they compete for any political office or even vote? Only with permission of their husbands (or parents, fathers, brothers, a "responsible" man). Something for the majority that is the same as nothing. Will they remain cloistered and void?

In Saudi Arabia - the most undemocratic and dictatorial country in the world, but a good friend of America - women have the same relevance as a cocoa bush, they exist only to give pleasure, to be consumed while they have some gas and cannot leave their place alone

Yes, the comparison is bad, but I think I understand. But well, as one expects how can women apply for and be elected if they cannot leave the house? If you cannot drive a car, or are not entitled to anything as human beings?

Imagine if, by some miracle, the king selects a woman for the Shura. She will legislate over her husband, over other men, but to even to go to parliament she needs the permission of these same men. To simply go out of the house! If the woman does not live in Riyadh, the capital, she needs permission to travel!

Abdullah gave women a right they can hardly enjoy, but still managed to deceive half the world (at least the half that takes pleasure in being deceived).

Celebrating this "victory" is the same as celebrating the "victory" of the mighty Libyan "rebels," and that hypocrisy. A "victory" in which the side will not be able to enjoy the prize, given that they need permission to do so and they lack even a political system capable of allowing the effort to be valid, any change that makes a difference.