How to be healthy in a sick planet 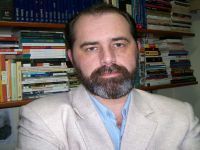 "The Earth is dying ... its disease is caused mainly by ill-treatment from humanity."

Nowadays, the question that most concerns everyone who wants to obtain quality of life is how to be healthy in a sick planet?

At least since the Neolithic Age (12,000 years BC) societies have consumed at a voracious pace and increasingly everything we know as natural resources. It turns out that this consumption since then has been aggressive and unfriendly.

At this overwhelming rate, it is looked upon at any and all costs as economic growth, because it is misunderstood as being synonymous with progress. For this reason, trees are cut down, forests burned, air is polluted, water and ecosystems are destroyed.

There is no room to doubt that economic activity has been extremely aggressive when it comes to extracting resources leading to the production process and final post-consumption, waste release, affecting roughly the entire capacity of the planet Earth to deal with this situation. In other words, it can be translated as the era of "destructive economy."

Then this belief is propagated in the name of economic growth - as if there were no limits - the modern world closes its eyes to a fundamental question: it does not take into account that the biosphere is finite, limited and tightly closed. Any attempt to overstep generates heavy environmental liabilities.

Consequently, on the other side of the coin, the market pressure and the demand of growth in a world that is increasingly untenable thus creates an irresponsible conflict that puts everyone's lives in danger.

It is the need for economic growth versus the capacity of the Earth to provide bearable conditions for this. In the midst of this conflict in which we find ourselves, each day more and more people arrive. Discounting deaths, every day we have 200,000 new souls coming into the world.

Per year, there are more than 70 million new inhabitants on planet Earth that, it is appropriate to repeat, will not increase in size. In 1900, there were 1.5 billion people worldwide. Today, we share the same space on Earth, with 6.7 billion people. And the consumer? Oh, that does not stop.

Currently, only 20% of the world's richest ¾ use the natural resources, a situation in which half the population (3.3 billion) has been vegetating in poverty on the edge of survival, an unprecedented inequality, without access to safe water and adequate food. It is bingeing on one side and on the other, the scarcity of goods for the maintenance of life. In this conflict, resources are exhausted, the planet is sick and life degrades.

In the "Age of Destructive Economics," Lester Brown (Eco-Economy: Building an Economy for the Earth) tells us that "in China water tables fall 1.5 meters per year. Worldwide, forests are shrinking more than 9 million hectares per year. The Arctic Sea ice, just in the last 40 years, decreased by more than 40%."

In the case of potable drinking water, this example is striking. It is known that the amount of available fresh water on Earth is only 0.5% of all total water, including the icy polar caps.

Due to intensive urbanization, deforestation and contamination by industrial and agricultural activities (foundations of economic growth without limits), even this small amount of water is decreasing, causing the progressive desertification of the earth's surface. Water consumption, as a result of urbanization, doubles every 20 years.

Hundreds of millions of people will lack access to safe drinking water while, on the other hand, continued consumption and waste of this precious liquid will continue by the more fortunate who can afford the service.

We see that while immense regions in Africa, Asia and Latin America lack minimal water resources, in the 'developed' regions, besides over-consumption, there is increasing pollution of rivers, lakes, groundwater and underground aquifers, all in the name of the supposed economic growth that they seem never to find, in fact, brakes cannot be found on their expansion.

As water tables fall eerily on one side, especially in the three major food producing areas (China, India and USA), the other burns forests, deserts and expands and increases considerably the levels of carbon dioxide. The rivers are going to starve. The main river of the United States (Colorado) barely reaches the sea. The Nile already has great difficulty in reaching the Mediterranean.

Despite this, the economy continues its exploratory rage burning oil, gas and coal and cutting down forests, contributing to global warming. It seems that the "economic system" does not know that it is warming the planet, warming the seas and increasing the evaporation of water.

Conclusion: The ice of the poles will melt raising sea levels, changing ocean currents. The name of this? Ecological disaster!

Some years ago, in a terrifying and enlightening article entitled "The Suicidal Program of Economics," the German essayist Robert Kurtz warned that the basic conditions for life such as water, air and earth, are exposed to a growing process of poisoning. The protective layer of ozone in the atmosphere is eroded.

Kurtz says that "in southern Argentina and in Australia, a multitude of sheep that grazes has cancer. Deserts are advancing day by day, and there are predictions that the war of the 21st century will be triggered for the control of water sources."

Melting ice caps and savannization of the Amazon

Climate change, manipulated by human hands, makes the planet seriously ill. If we make note of the recent data pointed to in the Report of the Intergovernmental Panel on Climate Change (IPCC), we will locate at least three instances of damage as a result of climate change. Let us see in full:

*Melting glaciers of the eternal hills on top of Fuji, Japan, and Kilimanjaro, in Tanzania: the rivers of the valleys in the vicinity of the peaks are fed by melting snow in the summer. And the volume is decreasing, affecting the irrigation of agricultural crops and industrial production that depends on water.

*Melting ice caps in the south and north: pieces of freshwater ice alter the salinity of the sea, causing changes in climate and the food chain. The polar bears, for example, already have trouble finding food.

*Savannization the Amazon region: if the climate devastation continues, because of cattle raising, soybean farms and logging, climate change will turn the forest into a savanna (flat terrain, with patches of drought).

As a result, several local species will disappear. And without the power of the "lungs of the planet," the emission of greenhouse gases will gain strength, damaging the Earth.

Transport costs and the emission of pollutants

Catastrophic and also worrying is the fact that climate change is accompanied with greed at a time that the globalization process is reflected (at least for supporters) as a policy capable of bringing progress to all. In essence, the facts, however, show that it is not progress that we see happening.

Let us consider the following: To supply the refrigerators of the modern world, the atmosphere is injured on a growing scale. The exorbitant costs of transporting cars, trucks, ships and airplanes in this "productive exchange" to bring several products to more distant refrigerators does not "give" an account about the extra highly emitting pollutants.

For example we have to circulate in the U.S. alone 80 vehicles per 100 inhabitants (approximately 250 million). In Germany, there are 55 per 100 inhabitants and similar rates are found in other developed countries totaling nearly one billion motor vehicles, now fed by oil whose prices fluctuate according to the sweet taste and wishes of the bosses of OPEC (Organization of Petroleum Exporting Countries).

As to the "travel" of products from one place to another in the name of globalization that aims to tighten borders, there is the example of a frozen chicken in the United States that travels on average 3,000 miles before being consumed. In Germany, studies show that a pot of strawberry yogurt produced in that country has accumulated 5,000 kilometers of transport. The milk comes from Northern Germany, the strawberry comes from Austria, the pot is French and the label comes from Poland.

Norway sends cod to China. Peas consumed in Europe are grown and packaged in Kenya. The kiwi, a fruit native to New Zealand, is bought in the U.S. which, in turn, was bought from Italy. This fruit in the hands of the company Sanifrutta, an Italian exporter, travels by sea in refrigerated containers: 18 days until it arrives in the United States, 28 days to South Africa and more than a month to get back to New Zealand.

The UK annually sells 20 tons of bottled water to Australia. The United Kingdom uses the same grapes coming from South Africa, fennel and pumpkin come from Spain and Italy.

Pringles potato chips, manufactured by Procter & Gamble, for example, are currently sold in over 180 countries, although they are manufactured only in a few places.

In the name of "economic progress" pollution is slowly claiming lives.

If we take only the costs arising from pollution we will notice that these, just outside the boundaries of a city like São Paulo, according to studies by the Pollution Laboratory at USP (Universidade de São Paulo), consume the amount of R $14 per second (U.S. $459.2 million annually) to treat respiratory and cardiovascular victims of excessive fine particle pollutants - the pollution of diesel fumes.

This is dispensed by public and private health units in six metropolitan areas of the country. The specific case of São Paulo deserves more attention. Every day, 8.2 tons of pollutants are dumped on the city. There are more than 3 million tons / year, 90% from motor vehicles. The worst part comes from diesel engines.

In the six metropolitan areas, this nearly half a million in actual spending is only to address issues related to pollution arising, in particular, from heavy traffic (read: traffic jam) in big cities every day in the "fog" with emissions of various pollutants and their result: Carbon monoxide (CO), which causes dizziness and headaches, Hydrocarbons (HC) that contribute to the irritation of the eyes, nose, skin or the respiratory system, nitrogen oxide (NOx) with irritation to the airway and contrition, and particulate matter (PM).

That said, the question that prevails is the title of this article: How to be healthy in a sick planet?