USA cracks down on sex tourism in Philippines. What??? 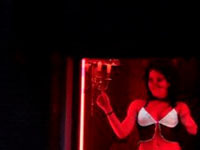 The US Ambassador to Manila, Harry K. Thomas, cracked down on the Philippines. The US official expressed his concerns about the development of sex tourism in the country. Mr. Thomas claimed that the US Embassy in Manila, which is located on one of the main streets of the Philippine capital, Roxas Boulevard, faces many notorious facilities. Many of those facilities are poorly disguised as karaoke bars or nightclubs. The country has sunk into vice and sex slavery, the official also said.

Nearly 40 percent of male foreign tourists, including US citizens, visit the Philippines only for sex adventures.

"That is not something I'm proud of. That's not something you should be proud of. I told [Philippine Department of Justice] Secretary Leila de Lima that any American caught engaged in any of these crimes or cybersex should be prosecuted to the full extent of the law and we will assist," the official said.

Spokespeople for the Philippine authorities only said that they did not know what made the US ambassador think so about the country.

As a matter of fact, the US official is correct. The Philippines may honorably (or dishonorably) take the third place in the world (after Thailand and Cuba) as one of the most popular destination for sex tourism. This sphere has been developing in the country speedily. It already seems that the country is about to repeat the example of Thailand, which uses cheap sex to attract tourists from all over the world. According to independent sources, as many as 500,000 Philippine women, let alone men, already work in the sex industry. According to experts' estimates, the number of people employed in the sex industry of the Philippines outstrips those working in the country's industry.

Spokespeople for Western tourist agencies said that it is the quality-price ratio that attracts the majority of sex tourists to the Philippines. It would only be enough to say that a night of sex in the country costs 25 American dollars. It is not ruled out that sooner or later the Philippines will push other competitors into the background. Many tourists acknowledge that Philippine women are more beautiful than their competitors in Thailand.

Manila is not the hotbed of debauchery in the Philippines. The center of it all is located in Angels City, not very far from the capital. It is a whole city, the life of which is based on cheap sex services entirely. In addition to countless brothels, one may find over 50 special bars in the city.

A considerable part of the nation's tourist industry is connected with prostitution. Many respectable hotels include prostitution on the list of their services to foreign tourists. All of that and many other things can be found on practically all Philippine resorts. Strangely enough, the local laws work against the sex industry. Sex with juvenile individuals is considered a very serious crime in the country. However, as it often happens in many countries of the third world, money settles everything.

Many Philippine prostitutes hope to meet the man of their dreams, who will help them escape from the country. Most of such dreams never come true, but successful examples attract many young women from poor families. A Philippine wife is not a surprise in the United States and Europe now. American and European men say that Philippine women, unlike emancipated Western females, are feminine, neat and obedient. They cook very well and they do not ask for anything in return, men say. The majority of Philippine women speak English, so communication is never a problem.

The phenomenon of Philippine prostitution began in 1898 after the Americans seized Subic Bay naval base from Spain. The Philippines were a completely different country until the Americans arrived there. Local citizens say that they have been living in Hollywood for 100 years, but they used to live in a Spanish monastery for 300 years before. This saying reflects the moral values that the population of the Philippines was receiving from the Spaniards and then from the Americans.

The Americans came to the impoverished country with bags of money. They quickly turned the country into a large brothel. The same happened to Thailand when the country was serving the US operation in Indochina. US authorities deliberately hired women of the night to satisfy the needs of military men.

The Philippine women do not have a choice. They can either work in the fields or at enterprises for 200-300 dollars a month or they can make a lot more in the sex industry.

Was Mr. Thomas worried about the existence of brothels near the US embassy in Manila before?