Why the world's big leaders lie 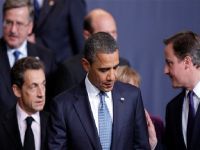 It is the title of a book (Why leaders lie) that has just been published by John Mearsheiner, professor of political science at the University of Chicago (Internazionale, 27-05 - 2011, p. 5). The book lists serious lies proclaimed by Donald Rumsfeld, former Secretary of Defense of the United States ("We know there are weapons of mass destruction"), the Italian premier Silvio Berlusconi ("The Italian left wants to turn our cities into camps of gypsies, invaded by aliens) and presidents of several democratic countries.

Moreover, according to the professor, the governments of countries said to lie most present a democratic façade, as dictators do not need to lie. They do not depend on the consensus of citizens.

The lies of the powerful are of various kinds. There are those of a personal character, as when once elected, politicians forget or deny campaign promises. There are lies with economic content. And there are those who justify or provoke wars, massacres of entire peoples and countries launching into inconceivable and meaningless adventures, as did George Bush and now the governments that coordinate military action in Libya and other countries. A Catholic bishop of Tripoli declared: "NATO troops are dropping bombs on civilian targets, destroying hospitals and making our lives unbearable." 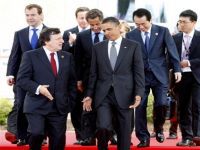 They were allies of Gaddafi until a few months ago. Now they are supporting the rebel terrorists to ensure the continuity of their interests in oil wells and minerals in the country."  In the U.S., Nethanhyahu, Prime Minister of Israel, said he is in favor of peace in the Middle East, but at the same time, made it clear he opposes a Palestinian state. What is behind this lie is: "We need to sell the weapons that we manufacture and we do not have anyone to use them against except the Palestinians. Therefore, we will continue the war."

Corruption is not only theft and wealth acquired in a clearly dishonest form. The exorbitant profits of big banks, against which no one protests, is a form of corruption of power. A politician elected for a type of government program that betrays his voters, and carries out a program counter to that for which he was elected commits political corruption.

To destroy a pest, you must remove the roots of the problem. We will only win against deep corruption when we, from the grassroots, organize a participatory society that not only elects governments, but controls and has power over them at any moment, to confirm or dismiss our legal representatives. Elsewhere in the world that is beginning to be done. The powerful who lie and that defend structural injustices had better take care.