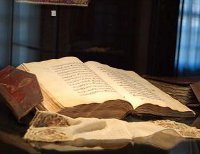 The provocative act of the burning of Koran, the holy book for all Muslims, committed by US pastor Wayne Sapp in Florida, literally exploded the situation in Afghanistan. Massive actions of protest, which began on Friday in Mazar-i-Sharif, continue to grow and expand across the whole country.

On March 20, pastor Wayne Sapp doused the book in kerosene and burned it in a barbeque pit. During the ceremony, the pastor condemned Islam for committing crimes against humanity. The book was burned in the presence of pastor Terry Jones, who became known last year after he announced his intention to burn a Koran in memory of 9/11 terror attacks.

The events that followed the ceremony can only prove the fact that religious intolerance on the part of any confession may trigger a wave of massive protests in the Muslim world. UN's top envoy in Afghanistan Staffan de Mistura stated that Sapp was entirely responsible for the tragedy in Mazar-i-Sharif, which occurred soon after the pastor burned a Koran book in Florida.

"Freedom of speech does not include the freedom to deliberately offend other people's culture, religion and traditions," said de Mistura. "The person that did this must know that there can be terrible consequences, especially when there are 150,000 foreign soldiers and about 10,000 international civilians working here in Afghanistan. What he did provided a trigger, a major trigger here," he said.

Unfortunately, other politicians did not listen to Mistura's words. UN Secretary General Ban Ki-Moon described the attack against UN employees in Afghanistan as saddening and shocking.

"This is another unfortunate example of how ignorance, intolerance and senseless aggression can victimise completely innocent people whose only purpose was to help Afghanistan move towards a brighter future," EU High Representative for Foreign Affairs and Security Policy Catherine Ashton stated.

Russia's Foreign Ministry also condemned the attack against the UN mission in Afghanistan.

The authorities of Kandahar and Mazar-i-Sharif laid responsibility for the violence on Talibs. Spokespeople for the Taliban rejected the accusations, though.

As for Talibs, the situation has been playing into their hands because it proves that the population of the country is not willing to tolerate foreign presence.

The attacks against the UN mission, which authorized the foreign interference in Afghanistan, is an outstanding event indeed. The local population believes that it is UN officials who promote American politics in the Islamic world.

After the crowd of protesters seized the building of the UN mission in Mazar-i-Sharif and set it ablaze, the riots occurred in other large provincial centers of Afghanistan - Kandahar and Jalalabad.

"The desecration of any holy text, including the Koran, is an act of extreme intolerance and bigotry," he said. "No religion tolerates the slaughter and beheading of innocent people, and there is no justification for such a dishonorable and deplorable act," he added.

Sen. Majority Leader Harry Reid was more specific during his appearance on CBS' Face the Nation:

"Religious extremism in any form is wrong, and certainly all these deaths is wrong. Of course, for this man in Florida who burnt the Koran, it's a publicity stunt. He basically had nobody in his church anyway. And this was an effort to get some publicity for him. He got it. But in the process, 10-20 people have been killed," Reid said.

However, the First Amendment to the US Constitution, which formulates the rights of American citizens for freedom of speech and religion, allows extremist pastors do whatever they want to receive public attention. They can burn a holy book, and if many people get killed after that - this is not their problem.