Only 40 percent of Russian men satisfied with their sex life 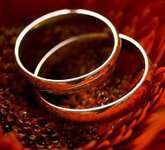 Russian men are among those not fully satisfied with their sexual life. On the other hand, they are convinced that there is hardly anything more important than sex. Why this disparity?

This was the conclusion of a global study "Sexual health and general well-being", the results of which were released recently. Leading scientists tested men from the Czech Republic, Russia, Ukraine, Hungary, Poland, Romania, Turkey, Israel and Slovakia, and asked the opinion of women as well. This is how men's secrets came to light.

Scientists confirmed that the majority of males consider sex among the main priorities in life. While among Russian men sex is important for 65%, in most other countries this number is much higher and reaches 90-95%. Russian men get even more sluggish support among women - only 55% of Russian females see the urgent need for sex. Apparently, this necessity is replaced by the TV and gossiping with friends.

Why are the Russians not satisfied with their intimate life to the fullest?

"Meer presence of sexual relations does not mean that they are ideal," says Mikhail Koryakin, MD., Chief medical officer of the National Center for Human Reproduction. "Yes, our women want marriage and children. And yes, for our men an ideal relationship means not a harem, but only one spouse.

Researchers believe that many men are unsatisfied because of problems with sexual health. However, only three out of ten men address a doctor with their intimate problems. Shyness does not let them talk about intimate problems, even with experts.

Constant stress related to lack of money, uncertainty about the future, and moral degradation of society add to the issue. What should the Russians do to live better? They need doctors' help, but decent living conditions in the country are important as well. As long as it is easier to have an abortion than give birth, as long as men think that leaving a woman with a child and not paying child support is an OK thing to do, neither men nor women will be happy with either themselves or each other."