Olympic torch for Sochi Games to be lit from space 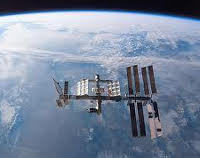 The organizers of the opening ceremony of the Olympic Winter Games of 2014 in Sochi are going to deliver Olympic torch with fire into the space. The options of implementation are being discussed.

The first one is to deliver the capsule with the Olympic torch to the ISS. The second one is to light a fire with sunbeams shot by astronauts on board the satellite through a system of mirrors.

As reported by Life News referring to Roskosmos, in case of the first option is chosen, the capsule with a torch will be delivered to Baikonur, placed in the cargo unit and launch into orbit. A few hours later the module with the Olympic package will dock with the ISS. The torch will be in the hands of astronauts, and then travel back to Earth in a descent module.

The main problem in this case is how to bring the fire into the orbit in the shortest possible time, because usually the cargo module is docked to the ISS two days after launch. In this case, there will not be that much time, says RBC.

Another option is to light the torch in Sochi from a sunbeam shot by the astronauts to the ISS. This requires a special satellite with a unique system of mirrors, writes Gazeta.ru.

The implementation of the project will be undertaken by Roskosmos. Currently, the agency is preparing a specification for several defense companies specializing in the manufacture of satellites. NPO Mashinostroenie, one of the major companies to assemble military satellites, has already prepared an estimate for the development of a test apparatus. The cost of developing solutions for the delivery of fire into space and back is estimated at 360 million rubles. It is difficult to imagine what the final price will be in the end.