Learn to Listen: Advice for parents

Parents should not pressure their children into a professional area or job, they should learn to listen. Guiding, facilitating and opening windows are the key words. Cajoling and steering are definitely out, according to the advice of the latest generation of professional and behavioural psychologists. 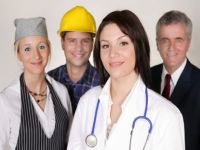 Nancy Erlach-Danon, specialist in the behavioural-cognitive area, stated in an interview with the Brazilian site IG, that one of the main problems in parent-child relationships is when the parents try to pressure their children into following a career they do not necessarily wish to follow.

"Parents should learn to listen and understand that their children will only be successful in the professions that they choose to do," states Nancy Erlach-Danon. The worst-case scenario, according to this psychologist, is those parents who show no interest whatsoever in their children's careers.

Another psychologist, the Brazilian Fabiano Fonseca da Silva, (USP) considers that parent-child relationships should include future careers "from the word go", because it is important for a child to know what (s)he wants to be when (s)he grows up and therefore it is important to count on parental support in the decision-making process.

In general, psychologists agree that parents should adopt an approach which is that of a consultant, a facilitator, opening windows and doors and guiding their children through the best options of what they want to do, rather than trying to steer them into other areas which they think may be better choices, for example, continuing in "Daddy's footsteps".

Parents should take their children to centers which cater for and provide vocational training and testing but also present them to professionals working in several areas, for their children to feel the effects of different working environments.

Parents should never incentivate their children to follow a career path which the child her/himself has expressed no interest in, neither should they try and persuade their offspring to not follow the father's or mother's career path.