Belgium: It's the French Fries Revolution

Belgium overtakes Iraq as holding the record for the longest period without a Government. The population, fed up with the bickering among the politicians, is to launch a Revolution this Thursday...not a Red Revolution, or a colour revolution, but a Revolution in honour of the country's national dish - pommes frites, or French Fries... 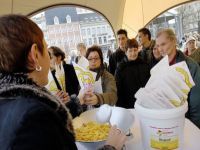 The Belgians have tried it all - they have had a day of abstention from sex, they have had a non-shaving day...all to no avail. The country's politicians have failed to form a Government after the elections on June 13 2010 - a total of 249 days of deadlock which beats the Netherlands (208 in 1977) and Iraq, (249, ending in December 2010).

Both communities defend different models of a Federal State but the argument includes the future of the welfare state and the reform of Belgium's institutions.

The Flemish-speaking North (Flanders) and French-speaking South (Wallonia) have never been closer to a lasting rift which could see the country split in two - the mediation mission of the caretaker finance minister Didier Reynders is due to end this weekend, the latest in a succession of special envoys chosen to broker a deal by King Albert II. 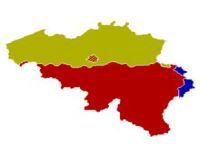 The eleven million-strong population plans its French Fries (US) or Chips (UK) Revolution for Thursday February 17. Free French Fries are to be distributed as the people take to the streets in Louvain. Kliment Kostadinov, a spokesperson for the organisers, states that striptease shows may be held as well in Ghent as protesters venture out in their underwear.

On Sunday, 30,000 people gathered in Brussels to express their indignation and to make a statement against the division of Belgium. Tomorrow, during the Fries Revolution, the population will demand less nationalism, more togetherness, street parties, music...and fries.