The United Nations Organization's UN Women has drawn up a 100-day action plan to promote women's rights and full participation in global affairs, calling women's wisdom one of the world's greatest untapped resources. The plan involves action on a global scale and also reshaping systems within the UNO itself. 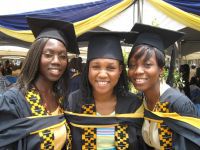 For Michelle Bachelet, "The challenge for UN Women is to show our diverse constituencies how this resource can be effectively tapped in ways that benefit us all". She set out five priorities for UN Women: expanding women's voice, leadership and participation; ending violence against women; ensuring women's full participation in conflict resolution; enhancing women's economic empowerment; gender equality priorities central to national, local and sectoral planning and budgeting.

She announced a global approach with impact experienced at the country, and hopefully local, levels, declaring that UN Women's expertise will be available upon request to both developing and developed countries. "I am determined that UN Women will be a catalyst for change, offering new energy, drawing on long-standing ideas and values, and bringing together men and women from different countries, societies and communities in shared endeavour", stated Michelle Bachelet.

UN Women will be formally launched on February 24 during the 55th Session of the Commission on the Status of Women, at which time it will receive a substantial boost in funding. UN Women was formerly known as the UN Entity for Gender Equality and the Empowerment of Women, and was established by the General Assembly in July 2010, merging four agencies and offices, namely: UNIFEM, the UN Development Fund for Women; DAW, the Division for the Advancement of Women; the Office of the Special Advisor on Gender Issues and UN-INSTRAW, the UN International Research and Training Institute for the Advancement of Women.