Censorship eats Internet from within 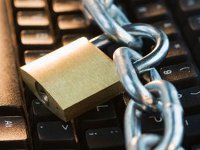 Several countries in the world are considering censorship on the Internet. The measure was proposed in the UN by a representative of Brazil. Venezuelan President Hugo Chavez has already imposed censorship. So far, the establishment of a supranational authority of censorship is only at the level of a discussion. However, a new wave of leaks that WikiLeaks is threatening with can accelerate this process.

While the journalistic community is arguing about whether it is ethical to use dirt from WiikiLeaks, a number of representatives of UN Member States have supported the creation of a special structure that will control the flow of information on the Internet.

At the meeting of the UN building in New York, the representative of Brazil proposed the establishment of a commission to develop criteria to regulate the Internet. This initiative was immediately supported by representatives of India, South Africa, China and Saudi Arabia.

On the other hand, such countries as Australia, USA, UK, Belgium and Canada pointed to the risk of creating yet another supranational supervisory authority, which will isolates itself from the user community, industry and the general public through its actions.

The proposal to cover the World Wide Web with a censorship net has caused criticism of many companies and organizations, including Google, International Chamber of Commerce and non-profit organization The Internet Society (ISOC).

The father of the Internet Vint Cerf, who is a vice-president of Google, stated: "we don't believe governments should be allowed to grant themselves a monopoly on Internet governance."

Meanwhile, the practice of introducing censorship on the Internet resources already exists in several countries. For example, Venezuela's parliament on Monday approved a bill under which the government can regulate the information posted on the Internet.

Under this bill, any material or messages that contain hate speech of any kind, and call to political or religious intolerance, as well as express disrespect towards the authorities of the country, will be strictly prohibited.

Representatives of the opposition in Parliament who voted against the bill said that such measures constitute a threat to freedom of speech. Yet, Venezuelan President Hugo Chavez has a different opinion on this matter. He is convinced that the control over Internet portals will help to protect citizens against various crimes committed in cyberspace. According to him, people will stop receiving messages advertising drugs or prostitution.

"We do not disable the Internet and do not try to impose censorship. All we want is to protect ourselves from Internet crimes and cyber-attacks," Chavez said in his weekly address at one of the national channels.

Under the new rules, the authors of the messages, owners of portals, and in some cases even ISPs will be fined if the information published by them will have fallen under the ban items. Venezuelan Chamber of Electronic Commerce criticized the parliament's decision, saying it was another step towards censorship and web sites blockage.

Is there a difference between what governments call national interests, and the interests of people?

Well-known journalists of America, Europe and Africa discussed professional and ethical aspects of information leaking and problems of modern journalism in the one day conference "From Watergate to WikiLeaks" held at Harvard University.

Walter Pincus, a special reporter on intelligence and national security of the newspaper The Washington Post said the transparency sought by WikiLeaks is radical. The veteran of investigative journalism called WikiLeaks a smart resource and admitted that he used it before, even before the site became popular. However, along with his colleagues from the Associated Press and New York Times, Walter Pincus said that he considered WikiLeaks only as a resource of information but not a media source.

Kathleen Carroll, the editor of one of the world's largest news agency The Associated Press has a different opinion. Explaining in an interview with Voice of America why her agency has refused to cooperate with the WikiLeaks, she called the ultimatums of Julian Assange unacceptable. Kathleen Carroll said that she has not discovered anything new in the document distributed by WikiLeaks, but the diplomatic correspondence has helped her understand the "meat and potatoes" of diplomacy.

It should be noted that the attempts to establish control over the Internet at the supranational level have been made before. Back in 2006 Yoshio Utsumi, a lawyer and former politician who served at the time as the Acting Secretary General of the International Telecommunication Union (ITU), called to change the way of the Internet governance, speaking out against "self-justification" by the United States of its unique role and authority over the Internet.

Yoshio Utsumi then subjected the existing rules of monitoring domain names and Internet addresses to sharp criticism, stressing that less affluent countries would sooner or later get the U.S. to limit its influence.
Due to such demarches, human rights groups have repeatedly expressed concern that many countries that are most critical of the current state of affairs on the Internet are controlled by repressive regimes. If they get what they want, the defenders warn, the existing freedom of expression on the Internet may come to an end.

So far, the establishment of a supranational authority of censorship over the World Wide Web is only discussed in the UN. However, a new wave of leaks which threatens the world governments may speed up this process.