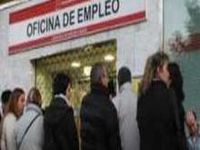 Three years have passed since the onset of the global crisis, one from the crisis of European debt, and the Old World still does not show signs of recovery. This has consequently caused increased poverty, high unemployment and the resultant lack of consumer confidence in 2010.

According to a survey by the European Commission (EC), 75 percent of the inhabitants of this region think that poverty has increased because of the recession, which is why many have to struggle to pay bills for their homes.

The perception is greater for countries that have announced measures to cut public spending, such as Greece or Spain.

In the Iberian nation, approximately 85 percent of the population saw an increase, while 16 percent of respondents acknowledged that money gives out by the end the month.

In this regard, the European Commissioner for Employment and Social Affairs, Laszlo Andor, pointed out that the Greeks are the ones who believe that this social evil is increasing, mainly because of the drastic reduction of public spending.

The Hellenic nation is also where most people speak of a strong increase in poverty, with 74 percent, followed by Romania with 65, Portugal 61 and Spain with 60 percent.

Andor highlighted fears that the possible increase in misery is also exacerbated in countries that have not yet put into place measures to adjust their budget.

So much so that in some of the great powers of the European Union (EU), Germany, France or Italy, the perception of the problem exceeds the EU average, he said.

On the topic, the EU statistics office, Eurostat, revealed that the inequalities between the 27 member nations of the group were worsened by the recession.

He pointed out that the richer EU region, central London, is about seven times richer than the highest poverty region, Severozapaden in Bulgaria.

It also showed that the first has a per capita income of 49,100 euros, 334 percent of the average group, the difference from the second, where the rate is 26 per cent of the average, amounting to some 6,400 euros.

It indicated that the 20 areas with the worst problems are located in Romania, Poland, Hungary and Bulgaria.

Meanwhile, among the better-off regions are Germany, Holland, Denmark and the UK, highlighting the major differences between the countries of east and west of the block.

It is certain that poverty is qualified by experts as a mark that affects more than 15 percent of the population (around 80 million people).

The problem is attributed to a low level of education, vices and complicated childhoods with limited access to cultural, social and material resources.

To understand and assume collective responsibility is the base to counteract the current state in which millions of people are sentenced.

The EU considers someone poor if they are living on less than 60 percent of the average wage in the country where they reside.

The European Confederation of Trade Unions (CES) exposed the weak labor market of the eastern European countries, begun since the supposed democratic opening to the concept of neoliberalism.

It can be argued that this region does not have enough work to satisfy the needs of people and attracted attention to the insufficient management of their governments to solve social and economic ills.

The numbers show a stagnation of the rate of Economic Sentiment Indicator (ESI, for its acronym in English), due to concerns about the economic situation and especially the high unemployment.

Analysts at Citigroup financial services company explained that with an unemployment rate that does not fall below 10 percent, for a maximum of 12 years, and with the implementation of stringent adjustment measures in many countries of the region, consumption of Europeans will remain contained.

Further evidence is the lack of opportunities, incentive policies and the consequences for sectors such as services and construction, which are among the main sources of employment.

They reiterated the urgency of developing better strategies that demand a high preparation and not with poorly paid and low quality work, as it takes place in many cases.

A well-articulated education plan is important, with particular emphasis on technological development that fosters innovation and insertion into productive jobs, especially for young people, one of the most affected population groups, they added.