American Muslims living on the edge 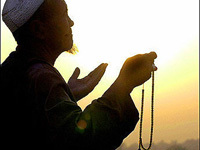 The American Muslim community is facing difficult times. It has of late been living on the edge. Targets of "growing tide of fear and intolerance", as the ‘Islamic Society of North America' puts it, Muslims are at a loss to deal with the outburst of hostility they now experience in their daily lives.

It all started with the opposition to Cordoba House, a community center named after Spain's Cordoba Mosque, to be located in Lower Manhattan and designed to house an auditorium, a gym, performing arts center, food court, day care center, a prayer room and an interfaith center. The project, sponsored by a moderate New York cleric, is meant to be a high profile showplace of the mainstream, moderate Islam that promotes pluralism and liberal approach to religion and provides a platform for amplifying the voice of the silent majority of Muslims who shun the warped, radical, fundamentalist ideology.

Right-wing zealots, conservative politicians, Far Right Christian groups, bloggers and the Tea Partiers ganged up against this Center. Their actual objective was to punish their rediscovered enemy - Islam. Like the proverbial lamb in the nursery fable "The Lamb and The Wolf" which the wolf blamed for defiling his water, Cordoba Center was blamed for being close to Ground Zero, as the World Trade Center site is now called, which was the target of 9/11 attack and which many now believe was wrongly blamed on Al Qaeda.

Ground Zero, site of a new commercial complex, became a haloed ground in the memory of the 9/11 victims. ‘It would be sacrilegious', the gang declared, ‘to allow construction of a mosque in its vicinity'. Their reasoning: The sight of Muslims praying in this mosque would hurt the sentiments of the near and dear ones of those who perished when allegedly terrorist Muslims flew hijacked planes into the towers killing 3000 people; never mind if there were 300 Muslims also among the dead who were equally good Americans.

Labeling the community center as the ‘Mosque at Ground Zero' to conjure up mental images of soaring minarets and the ‘Jihadists', the gang unleashed a crusade against Islam, employing demagoguery and using demonstrably false but alarmist phrases over and over again to incite adverse public response.

The debate that ensued and the venomous discourse that dominated the national scene, exposed the agenda of right-wing politicians and the Religious Right - they were out to demonize Islam, interpret it as a religion that promotes terrorism and present it as an enemy, in order to exploit the nation's worst xenophobic instincts - all for political gains.

Lieutenant Governor Ron Ramsey of Tennessee (Republican), clearly ignorant about Islam, suggested that Muslims shouldn't be accorded the freedom of religion guaranteed by the First Amendment. "You could even argue whether being a Muslim is actually a religion, or is it a nationality, way of life, cult whatever you want to call it," he said.

Newt Gingrich who never tired of promoting America's relations with the Islamic world when Speaker of the House, now says: "America is experiencing an Islamist cultural-political offensive designed to undermine and destroy our civilization". Bryan Fischer, a prominent figure within the religious Right, argued against granting any more permits to build mosques in the US because these are dedicated to the overthrow of the American government. The right-wing talk-radio host Michael Berry told his audience, "I hope the mosque isn't built, and if it is, I hope it's blown up."

Ordinary Americans were misled into believing that Islam will soon take over the country, with Shariah law not far behind. Christian Right pundits and Republican politicians went to the extent of insisting that Islam is not a religion but a political cult, that Muslims cannot be good Americans and that mosques are only a front for extremists. Coming from their political gurus, most Americans on the street accepted this bizarre twist of facts without question.

In all of this, the mainstream media played the devil. To serve its ends, it pushed the mosque story 24/7, from the perspective of both the left and the right, manufacturing a controversy in the process and playing on the fear of Islam that has been cooking up for nine years, thanks to the likes of Dick Cheney, using phony "Muslim" terror plots" and "al Qaeda" threats.

The connection that the Far Right press helped to create between the Cordoba Center, Islam, the 9/11 event and 19 radical Muslims supposedly controlled by few mullahs in Tora Bora caves in Afghanistan who were capable of flying commercial airliners with such great precision into WTC, did the trick for the Republicans, the Tea Party movement and the Christian Right, the lead role played by Fox News.

The rampant anti-Muslim sentiment created by the Republican rhetoric placed American Muslims in a precarious situation. This year the 9/11 anniversary coincided with Eid-ul-Azha, a Muslim religious festival to celebrate end of the month of fasting. To avoid being misunderstood, Muslims in many places opted not to celebrate their festival, participating in 9/11 commemoration events instead. The bigotry they are experiencing is a reminder of the treatment meted out to other scapegoats in American history - Native Americans, Irish Roman Catholics, and the Japanese, among others.

"Some of what people are saying in this controversy is very similar to what German media was saying about Jews in the 1920s and 1930s," said a Muslim doctor in Maryland. "It's really scary." FBI has infiltrated into Islamic centers to keep an eye on the community and has even recruited some of those whose immigration papers are not in order to spy on fellow Muslims. This has created a scare. Daniel Luban writing in Tablet magazine astutely calls this dark spread of Islamophobia "the new Anti-Semitism."

"The younger generation of American Muslims, who are far better assimilated in the American society, are also at a loss in trying to figure out their place in mainstream America and their goals in life", said Imam Abdullah T. Antepli, the Muslim chaplain at Duke University. "There is hopelessness, helplessness and real grief."

After 9/11, most American Muslims had realized the need for more concerted efforts to build relationships with other fellow Americans, publicly reject terrorism, educate non-Muslims about Islam and participate in interfaith activities. A great deal was achieved and Muslims moved towards greater integration and understanding with other communities. But lately, their successes have all but vanished into thin air, with Islamophobia manifesting itself in many forms.

The communities across the US have been subjected to vandalism and harassment. A mosque in Miami, Florida, was sprayed with gunfire last year. Mosques were vandalized or set aflame in Michigan, Tennessee, Texas, South Carolina, Pennsylvania, Oregon, Missouri, Arizona and Northern and Southern California. A mosque in suburban Chicago was vandalized four times in recent years. A plastic pig with graffiti was thrown into a mosque in Madera, California; teenagers disrupted prayers in a mosque in upstate New York during Ramadan.

In May, an Arab was brutally beaten in New York by four young men who also used abusive language. A Muslim woman in Chicago was assaulted by another woman who took offense at her headscarf. In San Diego, a man assaulted an American of Afghan descent while he was praying in public view and screamed "You idiot, ... go back to where you came from." The perpetrators of these hate crimes are clearly unhinged, but they are being whipped into a frenzy by cynical Right wing fear-mongers.

"Victims are reluctant to go public with these kinds of hate incidents because they fear further harassment or attack," said Ibrahim Hooper, spokesman for the Council on American-Islamic Relations. "They're hoping all this will just blow over."

Blow over it will, one hopes. Although the recent times have been agonizing for the peaceful Muslim community that has caused no grief to any segment of the American society, it hopes its non-confrontational approach will allow this artificially created controversy to die down. It takes comfort in the fact that the attention span of American politicians, media and the people is historically short and can swiftly move to other emerging issues.

In the aftermath of the elections the issue of ‘Ground Zero mosque' has run out of steam. It did not become an election issue. Economy, budget deficit, unemployment and the US retreat from Afghanistan replaced it as attention grabbers. But to expect that the fall out from this controversy will disappear in entirety any time soon, would be a fallacy. Its reverberations will be heard long into the future. The community will have to tread carefully in the meanwhile.

-----------------
Shahid Siddiqi comes from the corporate sector and has remained associated with journalism and broadcasting. He is currently a freelance columnist based in Lahore (Pakistan) and Baltimore (USA), writing on political and geopolitical issues. He can be reached at: [email protected]