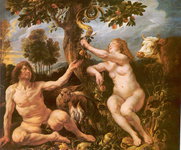 Pope Benedict XVI stated recently that using condoms could be justifiable in certain cases. The Russian Orthodox Church also believes that religious spouses can use contraceptives in certain situations. Does it mean that the Church decided to follow the lifestyle of modern-day society, especially in terms of the issues of sexual morality?

Sex is perhaps the only field, in which secular morality considerably differs from that of the church. The majority of people would agree that it is bad to kill, lie and steal. Most people also believe that sexual relationship outside marriage is absolutely normal in modern-day society.

This issue is a bone of contention for many religious people, though. A faithful person is supposed to follow the rules of the church. However, the rules, if observed strictly, doom the faithful to loneliness, because modern people live under absolutely different laws.

As a matter of fact, it does not mean that a person can not live in the world according to commandments. It means that it is impossible to be a Christian to oneself. A Christian is a member of a certain Christian community, a church, where they have brothers, sisters and spiritual counselors.

Many people living in the secular society think that no one perceives marriage as something that allows them to start sexual relationships with their partners. It is generally believed that no one cherishes their virginity before marriage, that everyone cheat on their spouses in marriage, etc. At the same time, it is very easy to find religious couples who will tell you that they did not have prenuptial sex. Such couples, as a rule, may have eight or even twelve children.

Non-religious people think of such individuals as strange couples, to put it mildly. However, the lifestyle of a religious person is similar to usual lifestyles of non-religious people. They also live in the same apartments, they go to grocery stores, they work like everyone else, but still, they follow different laws in their lives.

"What is the problem of any carriers of liberal conscience? They do not understand that if the Church changes its dogmas and teachings according to their tastes, it will change only one thing: they will not be able to repent their sins. There will be no reason for them to repent if church laws get modernized. Thereby, they will go to Kingdom of Heaven with their mortal sins," a well-known publicist Yegor Kholmogorov wrote on his blog.