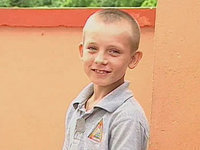 In early fall, this story caused a lot of noise: 12-year-old Denis Khokhryakov who was adopted in Volgograd region in 2003 and taken to the Dominican Republic, did not live in prosperity and well-being as employees of his orphanage thought. As it turned out, the adoptive parents left the boy. For a while the child was wandering around, and in 2008 he was found by employees of the National Council for Children in a slum area of a resort town in the Dominican Republic.

In January of 2009, the Court of Volgograd region invalidated the adoption of Khokhryakov. Yet, it took another year and nine months to settle all issues, and only on October 1 of 2010 the boy returned to his homeland.

Incidentally, the return was arranged with great pomp. Children's Ombudsman Pavel Astakhov talked much on the subject of protection of kids like Denis, and shopped around along with TV reporters, choosing gifts for the abandoned boy.

Six weeks later it turns out that no one wants Dennis in his homeland. The newspaper Moskovsky Komsomolets published an interview with the child, in which he said that Astakhov told him he would be leaving the Dominican Republic only for some time.

"Pavel promised that I will only go and see if I like Russia or not. I do not like it here, and he forgot about me," said Denis.

He believes that people in Russia are good, but "the weather and nature are horrible. And fruit? How can you even eat these fruit? I will never get used to it," said the child.

The boy claims that he poorly understands Russian. "My new friend, the only one who spoke with me in Spanish, was taken away. Why Pavel does not call, why doesn't he tell me when we are going back?" said Khokhryakov.

After the interview was released, Sergey Alberts, director of the social care facility for children and adolescents where the boy is staying, said that he did not allow journalists on the territory of the agency and that Dennis gave no interviews. Alberts called the publication in "MK" "provocation and lies" and said that he was going to appeal to the Prosecutor General of Russia in regard with the publication.

In turn, the publication director Dmitry Gusev said that the newspaper has proof: "The interview took place. Our reporter met him, it is recorded. There are photographs of her and the boy. We have all this. The director, of course, is not happy about it, but what do we do? "

The story of Denis Khokhryakov is not the first one which makes you wonder: do we always know exactly that birth parents and native land are always better?

These days, the story of Sandra Zarubina who was taken away from her Portuguese foster parents and given back to her Russian mother Natalia is hardly ever mentioned.

Sandra was born in April of 2003 in Portugal, where her mother arrived for work. When she was eighteen months old, the social authorities have given her to the couple Joao Pinheiro and Florinda Vieyru. Barcelos court approved that decision, suspecting Natalia of alcoholism and prostitution. In 2007, the woman was exiled from Portugal because she had not rights to stay in the country. Zarubina refused to leave without her own daughter and sued. Oddly, but the Portuguese judge took the side of the Russian citizen.

Initially, everyone was touched and teary: "Birth mother is always better!" But then the ugly circumstances of Natalia's life started to emerge - she had no job, had a drinking problem, and her daughter did not receive much tenderness and affection. And those foster parents still cannot forget Sandra, they were even willing to pay the girl's family to move to Portugal, but the mother and grandmother proudly refused.

And this is where many people began to wonder: Was it a right decision? The beautiful campaign designed as a happy reunion of the mother and daughter did not turn out like a fairy tale with a happy ending.

We will see what the PR campaign of individual officials will turn out to be for the children in a year or two. Only time will tell whether they will be grateful for their return to the homeland.