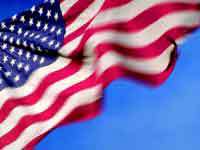 "The United States will protect its people and advance our prosperity irrespective of the actions of any other nation..." President Barack Obama in National Security Strategy of the United States, 2010

The American Empire is not in decline.

It is rebooting for a new era of dominance.

The American Empire's success depends on successfully converting the national American psyche into a sociopathic national consciousness (SNC). Once completed, America's empire will be as successful as it is ruthless.

This conversion process is ad hoc and always the consequence of an "outside" event or "crisis" and the fear it engenders. The sociopath, as individual or collective, is opportunistic and reaps advantage from uncertainty. Sociopaths are in abundance at every level of American society.

For example, the response to 911 was mostly ill-conceived as the world now knows. But the fallout from that, though, is irreversible: state secrets, wire tapping, torture, leaders inciting fear in American society, terrorists around every corner threatening life, liberty and the pursuit of happiness, fusion centers, laws conceived for punishing terrorists used on common criminals/vandals, war as meaningless, etc. Now more war is needed and so it's cyberwar, helicopter gunships into Pakistan and Yemen, and that pesky homegrown terrorist problem (antiwar activists).

There is no end game for this state of affairs just as there is no stopping the conversion of America to a totally sociopathic empire.

In the USA, Jeremy Bentham's Panopticon and the societies of Orwell's 1984 and Zamyatin's We are taking shape rapidly. The institutions/societies they created/portrayed are the inevitable result of a society based on a violence-in-the-name-of-good model and indispensible to a warring Empire like the USA. They are critical to its success.

Could it be otherwise? Is the American Empire an exception to the historical rule?

The conversion to the SNC can be seen everywhere.

Language is emptied of meaning, the national securitization of every aspect of life, and the increase of "action at a distance via technology" whether in inter-personnel relations or the execution of war in distant lands.

Examples abound: "too big to fail" as legitimate rationale, a "surge" is not an increase; "combat has ended" when it has not; the recession "is over" when it is not; "we do not torture" when we actually do; the two party system is competitive when it is not, the Tea Party is a grassroots creation when it is not, and so on.

President Obama has stated that national security and homeland security are now the same. Just so: food security, infrastructure security, neighborhood security, personal security, airport security, education security, and on and on. The Christian Easter Sunday normally sees children at the receiving end of an Easter Basket from parents loaded with candy. Now the Easter Basket has toy soldiers and military airplanes included. A popular mouthwash states on its bottle, "Tooth Defense!"

Face-to-face, interpersonal communication is to be avoided if at all possible. When it is witnessed at press conferences, military briefings, town halls, or the "Sunday morning talkies" on the MSM, the ground rules for the contestants make for a sterile and humorless event in which participants simply make noises at each other.

Americans hide in their  iPhones, Black Berry's and Cell Phones. This scene is commonplace: talking in meat-space with friend, spouse, or fellow worker. In mid-conversation, a cell phone rings with the result that the person on the other end of phone overrides the near-flesh conversation. Even near-flesh experiences during which conversation does take place lacks any degree of substance. How was your weekend? Did you see "American Idol?" How about that football team? What's the deal with Mel Gibson? Can you believe Lady Gaga?

No existential or ontological discussion here. It's a nation of sociopaths, mechanical to the core. That's ok because that what the Empire needs to move forward unencumbered with reality.

It is the SNC that will be America's trump card in the game of global domination.

The American Empire depends on its people, said President Obama. What are the characteristics of the American people and their "leaders"?

Glibness and Superficial Charm and Manipulative and Cunning--
They never recognize the rights of others and see their self-serving behaviors as permissible. They appear to be charming, yet are covertly hostile and domineering, seeing their victim as merely an instrument to be used. They may dominate and humiliate their victims.

Grandiose Sense of Self--Feels entitled to certain things as "their right."

Pathological Lying--Has no problem lying coolly and easily and it is almost impossible for them to be truthful on a consistent basis. Can create, and get caught up in, a complex belief about their own powers and abilities. Extremely convincing and even able to pass lie detector tests.

Lack of Remorse, Shame or Guilt--A deep seated rage, which is split off and repressed, is at their core. Does not see others around them as people, but only as targets and opportunities. Instead of friends, they have victims and accomplices who end up as victims. The end always justifies the means and they let nothing stand in their way.

Shallow Emotions--When they show what seems to be warmth, joy, love and compassion it is more feigned than experienced and serves an ulterior motive. Outraged by insignificant matters, yet remaining unmoved and cold by what would upset a normal person. Since they are not genuine, neither are their promises.

Need for Stimulation--Living on the edge. Verbal outbursts and physical punishments are normal. Promiscuity and gambling are common.

Callousness/Lack of Empathy --Unable to empathize with the pain of their victims, having only contempt for others' feelings of distress and readily taking advantage of them.

Poor Behavioral Controls/Impulsive Nature--Rage and abuse, alternating with small expressions of love and approval produce an addictive cycle for abuser and abused, as well as creating hopelessness in the victim. Believe they are all-powerful, all-knowing, entitled to every wish, no sense of personal boundaries, and no concern for their impact on others.

Irresponsibility/Unreliability--Not concerned about wrecking others' lives and dreams. Oblivious or indifferent to the devastation they cause. Does not accept blame themselves, but blames others, even for acts they obviously committed.

Is there any doubting America's character?

Critics of the Empire: Convert Now!

Naysayers believe that the American way of consumption is at an end. The USA can't continue to consume 25 percent of the Earth's resources, they say. They point to the presence of new and powerful global competitors in Brazil, China, Russia, Turkey and India that are cutting into the sole source status that the USA once enjoyed around the globe. Profligate US government spending and the financial crisis of 2008 sapped America's ability to shape its own future, just as it has wounded its ability to meddle in the affairs of other nations.

The naysayers fail to understand the ebbs and flows of building and sustaining an empire. There are constant setbacks and challenges. They also underestimate the American Way of Empire: an empire based on the principle of excessive violence, consumption and amusement. The American Empire's mission is right there in the Declaration of Independence: "Life, Liberty and the Pursuit of Happiness."

It's an inalienable right.

When asking what Jefferson, Madison, Franklin and Washington would think about the current state of the American Experiment as Empire, they undoubtedly would applaud it. Why? Because they would be smart enough to understand that the speed of movement of people/resources and information/ideas around the globe is exactly what America is all about. It's simply a reflection of the pace of life in the USA. Imagine it: Jefferson may have been able to pay off his debts rather than have died penniless. What living US president these days has ever gone broke?

The American Empire, just as its predatory predecessors (Greece, Rome, for example), proclaims-quite loudly--that its way of life is most noble, its technology preeminent, its political system unmatched, its culture and Gods supreme. An empire must shape the world in its own image, must conquer and enslave. The Gods favor conquerors, favor the emperor who orders destruction in the name of a good or a God, favors the citizens who go about their daily business or willingly sacrifice their existence for the Empire's cause.

Empires tolerate internal dissent-"free press"--as part of the grand theater that is politics and entertainment. Allowing dissent legitimizes the destruction of the empire's foes, internal and external (assassinating US citizens?) that are intolerant of dissent, who operate contrary to the empire's ethos, who challenge the rule of violence.

Despair, feeding, as it always does, on phantasmagoria, is imperturbably leading literature to the rejection, en masse, of all divine and social laws, towards practical and theoretical evil." Isadore Ducasse/Lautreamont

"The Korova Milkbar sold milk-plus, milk plus vellocet or synthemesc or drencrom, which is what we were drinking. This would sharpen you up and make you ready for a bit of the old ultraviolence." Alex from a Clock Work Orange

"It did not occur to me, ever, that people were good or that a man was capable of change, or that the world could be a better place through one's taking pleasure in a look or a feeling or a gesture, or receiving another person's love or kindness. Nothing was affirmative, the term 'generosity of spirit' applied to nothing, was a cliché, it was some kind of bad joke. Sex is mathematics. Individuality is no longer an issue. What does intelligence signify? Define reason. Desire is meaningless. Intellect is not a cure. Justice is dead. Fear, recrimination, innocence, sympathy, guilt, waste, failure, and grief, were things, emotions that no one really felt anymore. Reflection is useless, the world is senseless. Evil is its only permanence. God is not alive. Love can't be trusted. Surface, surface, surface was all that anyone found meaning in ... this was civilization as I saw it, colossal and jagged..." Bateman from American Psycho