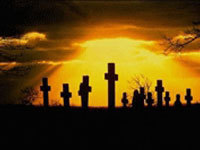 In the 21st century, their paintings are sold at auctions for ridiculous sums of money, their literary works are included in the curriculum of many countries, and their music sounds in the most prestigious theaters in the world. Yet, in their lifetime they got nothing but insults and public censure. Life was unfair to many poets, painters, and composers.

There is a famous saving that the talent should be helped to break through, while mediocrity will break through on its own. Not always talented individuals receive help from outside, and only after their death, as if remembering something, people begin to admire their work. It often happens because the genius is not looking for fame and even resists the imposed glory. For the true geniuses, art is creativity for the sake of creativity, rather than a way to get premiums and fees, although many of artists could have been saved by a little bit of luck.

One of the most popular people who became famous after death is a Dutch artist, post-Impressionist Vincent Van Gogh. He can be considered a symbol of misunderstood genius. He learned to understand the painting and began to earn decent money while working as a dealer in an art firm.

Then biographers get confused, and agree only on one thing - Vincent had a sad love story, quit his job and got into religion. The future artist became a missionary. He was so zealous carrying out his mission that the church representatives were quick to get rid of the fanatic. Then Van Gogh moved its forces to the art. However, he was not understood in this area either. Today we know approximately 850 canvases by the artist, many drawings and engravings, while during his lifetime he sold only one work - "Red vineyards" that was purchased by Van Gogh's friend.

Once a cafe allowed Van Gogh to organize an exhibition and sell his paintings. Not a single painting was purchased. As a result, many of Van Gogh paintings were simply thrown away or given away to those who wanted to paint their new pictures on the canvas. Today his masterpieces hang in the most prominent museums; they are hunted after at auctions and stolen for private collections.

There are also enough writers who became famous posthumously. Stendhal, who is now considered a classic of French literature, in his lifetime, was known as a salon wit and an intellectual. But his best writing experiments were not successful. The situation has not changed after the praise of Balzac, who was perhaps the only one who recognized Stendhal as a true artist of expression. Yet, Stendhal died on the street of apoplexy.

Franz Kafka is another classic who became famous after his death. His books, which are now read by millions, in his time were perceived as something unconvincing. It had to do with the very nature of Kafka, who was an unsociable man who exposed mental instability and had many serious diseases. In his lifetime, Kafka was able to publish only a few stories that went unnoticed.

An English poet, one of the best lyricists of the world literature, John Keats, did not live up to its glory by just a few months. The young gifted poet was terminally ill with tuberculosis. During his short literary career, Keats did not hear a word of praise from serious critics, who shape public opinion. Keats died very young - at age of 25, and shortly after his death, his book of poems was published. It was so popular with readers that critics could only posthumously acknowledge his genius.

Another poet who died young - Arthur Rimbaud - was more fortunate with the patronage of senior writers. The gifted young man was proclaimed the new Shakespeare and predicted brilliant glory. But Rimbaud gave up writing when many were only beginning - at the age of 20. He decided to become an explorer and gold producer. However, it did not work.

Rimbaud died at age 37, in a hospital, where he was regarded as a businessman. The cause of death was amputation of the leg, which adversely affected the overall health of the poet, undermined by traveling. After the death, poems of Rimbaud, as well as other poetry of the Symbolists who called himself "cursed poets" have gained popularity, and today Rimbaud has a strong place in the "golden fund" of the world poetry.

Famous Russian composer Modest Mussorgsky, whose name sounds a par with the musical geniuses of all times and nations, too, did not taste the fruits of his gift in his lifetime. The author of such masterpieces as "Khovanshchina," "Boris Godunov" and many more musical works, Mussorgsky worked on them his entire life, but he died, never having finished his main work. His executor was another Russian composer of genius - Rimsky-Korsakov, who not only completed the works of Mussorgsky, but has also made his statement on the imperial stage, which provided them with universal recognition and brought Mussorgsky to the Olympus of national musical culture.