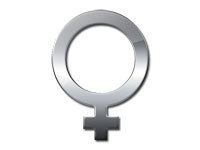 The United Nations Organization has launched a new entity to accelerate progress in answering the needs of girls and women, pooling resources from various organizations to create greater impact. Its first director is former Chilean President, Michele Bachelet, whose first task is to reach the Millennium Development Goals, promoting gender equality, expanding opportunity and fighting against sexual discrimination.

The UN Entity for Gender Equality and the Empowerment of Women (UN Women) is an agglomeration of four UN agencies and offices: the United Nations Development Fund for Women (UNIFEM), the Division for the Advancement of Women (DAW), the Office of the Special Advisor on Gender Issues and the United Nations International Research and Training Institute for the Advancement of Women (UN-INSTRAW). It is the embodiment of a decision taken by the UN General Assembly on July 2 to create an organism to speed up the processes before the Millennium Development Goals deadline in 2015.

Promoting the interests of women and girls across the globe

Launching the new entity on September 14, UN Secretary-General Ban Ki-Moon stated that "UN Women will promote the interests of women and girls across the globe", adding that Michelle Bachelet was appointed because of her "history of dynamic global leadership, highly honed political skills and uncommon ability to create consensus and focus among UN agencies and many partners both in the public and private sector".

One of the first tasks facing Michelle Bachelet when UN Women starts operations in January 2011 will be to draw up policies to support the Commission on the Status of Women (CSW), to help member states to implement standards, to provide technical and financial support to countries in need and to forge partnerships with civil society.

In concrete terms, this means, in the words of Ban Ki-Moon, "working to end the scourge of violence against women, appointing more women to senior positions and efforts to reduce the maternal mortality rates".

According to the UNO, "gender inequalities remain entrenched in every society. Women in all parts of the world suffer violence and discrimination and are under-represented in decision-making processes. High rates of maternal mortality continue to be a cause for global shame".

Asha-Rose Migiro, Deputy Secretary-General, declares that "UN Women will give women and girls the strong, unified voice they deserve on the world stage. I look forward to seeing this new up and running so that we - women and men - can move forward together in our endeavour to achieve the goals of equality, development and peace for all women and girls, everywhere".

What Michelle Bachelet faces, however, is something deeply entrenched, in centuries of male-dominated societies in which women's rights were eroded totally. It is a cultural crusade to change the fundamental mindset of humanity and to institute regulations which ensure the total equality of women under international law, and once and for all set up binding regulation favouring the inviolability of the body of non-consenting adults. Only then can women become truly free.