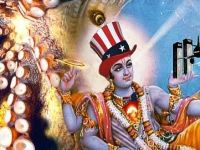 In rebutting criticism of Brazil and Turkey for the nuclear agreement with Iran, and asking that the emerging powers should be heard in international affairs, the Foreign Minister of Brazil, Celso Amorim, directly accused the United States, China, France, Britain and Russia of thinking they are in charge of the world.

In a direct reference to those of the five permanent members of UN Security Council, the Brazilian foreign minister said "it remains the prerogative of a small number of countries to make all the decisions for the world."

"Global decisions are made by a handful of traditional powers. The permanent members of the Security Council had (and still have) the privilege of giving the letters on issues of international peace and security," said Celso Amorim.

"It's time to listen to emerging countries, such as Turkey and Brazil, but also others such as South Africa, Egypt and Indonesia, in the serious questions of peace and war," stressed the Foreign Minister of Brazil.

According to Celso Amorim, including Brazil, Turkey, South Africa, Egypt and Indonesia in the great global debates "will open the doors to a better world." The Brazilian minister also said that "world decisions cannot continue to be made without hearing more voices."

Celso Amorim went on to say, "the insistence to adopt sanctions against Iran confirms the perception of analysts who denounce that the traditional centers of power will not share their privileged status."

The situation contrasts with the changes in recent years on the international scene, such as trade and climate change, which opened to large developing countries.

"The financial crisis has highlighted the emergence of new actors, replacing the Group of Eight (G8) as the primary forum for discussions and decision-making on the world economy," explained Celso Amorim.

"The discussions on trade, finance, climate change and inclusive global governance began to be open to developing countries," said the Foreign Minister while concluding that "without the presence of countries like China, India, Brazil, South Africa and Mexico, no tangible results would be reached."

At the time of the end of this report by the Pravda correspondent in Brazil, none of the permanent members of UN Security Council had expressed a reply, even by official statements from their embassies in the UN or their governments in Washington, Beijing, Paris, London and Moscow.