June 1 is celebrated in several countries around the world as International Children’s Day and in many of them it is a national holiday. Instead of enjoying a day off work let us reflect on some serious issues to translate actions into words so that these International Day commemorations can actually mean something. 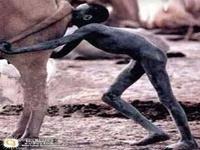 International Children’s Day was proclaimed in 1925 in Geneva, Switzerland, where it was decided to dedicate June 1 to the theme of children and children’s rights. It was especially celebrated in the Communist Bloc and remains today an important national holiday in many countries.

However, holding a national holiday in honour of a cause (Women’s Day, Africa Day, etc) is valid only if concrete plans and actions are taken to make positive steps towards improving what is wrong and cementing what is right.

When we take into consideration the fact that there are thousands of child soldiers, there are thousands of children being held in deplorable conditions as slaves to feed the disgusting sexual tourism market, when we take into consideration that while there have been positive steps made in universal primary education, many children are excluded from the secondary phase for economic reasons, we see the importance of a Day for reflection.

Many times, this exclusion fosters gender inequality because girls are forced to give a place to their brothers. When we are confronted by the horrific practice of female genital mutilation practiced on three million girls every year, their clitoris being cut out so they cannot “misbehave” themselves later on in life, when we see that in 2008, 8.8 million children died before their fifth birthday from preventable diseases, while the west was spending trillions on war and more trillions on shoring up the banks, we see how much more we have to do.

When we take into consideration that the vast majority of the one million deaths per year from malaria occur in the under-5s in Sub-Saharan Africa, when we bear in mind that around 280,000 children die every year from AIDS, when we read the statistic that 2.2 million children die annually because they do not have access to potable water, we can see the magnitude of what remains to be done.

While the digital divide keeps the haves on top and the have-nots closed out, while there is one single child born anywhere in the world who does not have equal opportunities to any other child in any other country as a birthright, while the fate of a child is determined by the accident of birth, whether (s)he is born on which side of an invisible line which decides which passport (s)he is going to have, and thereby dictating her/his right to travel, to study, to freedom of movement as an (un)equal citizen of the world, let us make every day an International Children’s Day and help the institutions which fight to rectify this mountain of wrongs, the legacy of our collective generations.