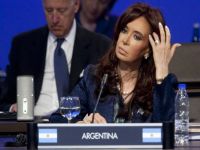 One of the consequences from Washington allegedly "winning" the Cold War in 1989-91 was a double change in Latin America and the Caribbean (ALC). On the one hand, the market was consolidated and all the guerrillas were becoming extinct, but ALC was not looking for new doors to keep both under a big U.S. hegemony. Thus, in 1991, began the annual Ibero-Latin American summits, the same that facilitated the launch in 1999 of the biannual summit between the European Union (EU) and Latin America and the Caribbean (ALC).

In relation to EU, FTA is the largest foreign investor and the second partner after the United States, although China has been moving a lot. However, only 6% of EU external trade takes place with ALC.

The exchange is unequal. The EU sends highly manufactured products (medicine or vehicles), while ALC provides them with raw materials (such as soybeans, coffee, bananas or copper).

The sixth summit in Madrid happened when Madrid not only holds the presidency of the EU, but also when the euro has come to its lowest level in four years. While ALC has escaped the worst ravages of the financial crisis plaguing the EU, it could not act as a united bloc.

While the bulk of Latin-Caribbean leaders attended the summit (with exceptions like leftists Castro of Cuba, Chavez in Venezuela, Ortega in Nicaragua and Mujica of Uruguay), many Europeans did not attend and only sent ministers and even ambassadors. Notable absences have been that of Angela Merkel and Silvio Berlusconi, although Germany and Italy are the two most important European countries of the ALC, or the new British prime minister, David Cameron.

Argentina President Cristina Kirchner was one of the biggest players at the summit and in her speech asked the United Kingdom to commence negotiations on the Falklands (seeking to capitalize on change of government from 'Labour', which was hard line on the talks to avoid losing votes in the elections for a new 'conservative-liberal "who has a five-year term).

She, and the Bolivian President, Evo Morales, protested again about the abuse suffered by Latin-Caribbean immigrants with increased restrictions on immigration as the treatment contrasts with what the ALC gives European citizens.

The Madrid Summit is giving way to the signing of bilateral free trade agreements. Two of these will be signed with the two pro-Western nations of the Andean Community: Peru and Colombia.

Another will be the first agreement signed between the EU and a bloc of Latin American countries: Central America. They have sought to overcome obstacles that were in the way (such as opening the Central American market to European subsidized milk powder or the veto of the coup in Honduras). Wolf, elected president of Honduras in a process that the bulk of South America condemns, was barred from going to this summit, but should be participating in a separate Euro-Central American negotiation in Madrid.

The negotiations that exist to make a TLC between the EU and Mercosur remain paralyzed due to countries such as France that fear a liberalization would damage farming protectionism. Brazil, in the meantime continues receiving a third of the euro-exports to ALC.