Euthanasia and the Culture of Death

Shortly before the passing of the severely handicapped Terry Schiavo, whose death in Florida in 2005 was hastened by a U.S. court order to remove her feeding tube, Patrick J. Buchanan wrote: “That there arose a national outcry at the execution of Schiavo -- so loud Congress and President Bush heard it and came to the rescue -- is a sign America is not morally dead . . . yet. But a culture of death has taken deep root in America's soul.” 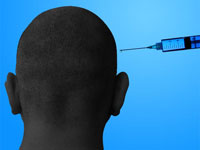 Euthanasia and the Culture of Death

Terry Schiavo’s ultimately tragic death demands a more serious look at euthanasia and the destructive direction in which it is leading society. This requires a more serious reflection on the implications of life-sustaining treatments as applied to patients in the clinical condition called the "vegetative state".

The term persistent vegetative state, which has questionably been applied to the Schiavo case and her condition, has been coined to indicate the condition of those patients whose "vegetative state" continues for over a year. Such people in a vegetative state show no evident sign of being aware of themselves or their environment, and seem unable to interact with others or to react to specific stimuli. Although such patients remain prisoners of their condition for long periods of time and without needing technological support, it cannot be underestimated that there has been at least partial recovery in some of these cases. I refer in particular to the situations regarding Terry Wallis and Karen Ann Quinlan. Medical science, therefore is unable to predict with exact certainty which patients in this condition will recover and which one’s will not.

Nonetheless, there are those who, in such circumstances, cast doubt on the persistence of the "human quality"of these patients, suggesting that the clinical term "vegetative" could or should be applied directly to the sick person as such, actually demeaning their value and personal dignity.

In opposition to such trends of thought, it should be strongly stated that a person, even if seriously sick or prevented in the exercise of his higher functions or faculties, is and always will be a person. He will never become a 'vegetable' or an 'animal’. The intrinsic value and personal dignity of every human being does not change depending on their circumstances. Not only does the sick person in a vegetative state have the right to basic health care (warmth, cleanliness, hydration, nutrition etc.) - such “natural” means of preserving life should be considered obligatory. The administration of water and food, even when provided by artificial means, always represents a natural means of preserving life, not a medical act.

The likelihood of probabilities, founded on waning hopes for recovery when the vegetative state is prolonged beyond a year, cannot ethically justify the termination of minimal care (nutrition and hydration) for the patient. The only possible outcome of such an act is death by starvation or dehydration. In this case it ends up becoming, if done knowingly and willingly, euthanasia by omission.

Such an act is always contrary to the Natural Law of God, since it is the deliberate and morally unacceptable killing of a human person.

Discontinuing medical procedures that are burdensome, dangerous, extraordinary, or disproportionate to the expected outcome can, however, in certain circumstances where death is imminent, be legitimate. Here one does not will to cause to death; one’s inability to impede it is merely accepted.

However, the "quality of life", often imposed by economic, social and psychological pressures, cannot take precedence over general principles according to which even the simple doubt of being in the presence of a living person morally obliges one to respectfully abstain from any act that aims at anticipating the person's death.

Moreover, it is not possible to say that the withdrawal of a feeding tube will not be the source of considerable suffering for the sick person, even if we can see only the patient’s reactions at the level of the autonomic nervous system or of gestures. Modern science tends to point to the fact that there is a lasting quality in these patients of elementary forms of communication and analysis of stimuli.

Our present culture tends to consider suffering the epitome of evil. In such a culture there is a great temptation to resolve the problem of suffering by eliminating it at the root, by hastening death so that it occurs at the moment considered most suitable.

According to Christian teaching, however, suffering, especially suffering during the final moments of life, has a special place in God's saving plan; it is in fact a sharing in Christ's passion. True compassion leads to sharing another’s pain; it does not kill the person whose suffering we cannot bear.

The pleas of the gravely ill who sometimes request death should not be understood as implying a true desire for euthanasia; in fact, it is almost always a case of an anguished plea for help and love. Most people regard life as something sacred - a gift of God's love - which they are called upon, not to dispose of at will, but to preserve and make fruitful.

Intentionally causing one's own death, or suicide, is a rejection of God's sovereignty and loving plan. It is a refusal of love for self, the denial of a natural instinct to live, a flight from the duties of justice and charity owed to one's neighbor and to society.

According to the Natural Moral Law, imprinted on each man’s heart, nothing and no one can permit in any way the killing of an innocent human being, whether a fetus or an embryo, an infant or an adult, an old person, or one suffering from an incurable disease, or a person who is dying. Furthermore, the moral law forbids that a person request this act of killing, either for himself or for another person entrusted to his care. Nor can any authority legitimately recommend or permit such an action. For it is a a question of the violation of the divine law, an offense against the dignity of the human person, a crime against life, and an attack on humanity. The moment a positive law deprives a category of human beings of the protection which civil legislation ought to accord them, the state is denying the equality of all before the law.

In the Netherlands, a policy originally encompassing only persistent requests for death from hopelessly suffering and dying patients has steadily expanded so that physicians have been allowed to kill patients who were physically healthy and handicapped children who never asked for death.

Dr. Eduard Verhagen, often referred to as “Dr. Death” has become famous in Europe for having presided over the medically induced deaths of four extraordinarily ill newborns. Verhagen describes himself as a bearer of peace and happiness to children. “When these suffering little ones die”, he says, “the child goes to sleep. . . . It's beautiful in a way. . . . They're children who are severely ill and in great pain. It is after they die that you see them relaxed for the first time. You see their faces in a way they should be for the first time.” The Netherlands stands as a stark reminder of the slippery slope leading from supposedly limited killing to a broader culture of death.

There exists in contemporary culture a certain Promethean attitude which leads people to think that they can control life and death by taking the decisions about them into their own hands. What really happens in this case is that the individual is overcome and crushed by a death deprived of any prospect of meaning or hope.

What any sick person needs, besides medical care, is love - the human and supernatural warmth provided by those close to him such as family, nurses and doctors.

Terry Schiavo’s public “execution” is a strong reminder that euthanasia, understood as an action or an omission which of itself or by intention causes death, is senseless and inhumane and should be opposed in all its forms.