The Private Life of Natalia Vodianova

The general public was stunned with the news which appeared on the website of one of world’s largest and most reputable fashion magazines, Elle. The news story said that Russian supermodel Natalia Vodianova was divorcing her husband, British Lord Justin Portman, after a decade of happy marriage. 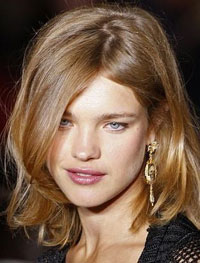 The Private Life of Natalia Vodianova

The news became the talk of the day in Moscow, London and Nizhni Novgorod – Vodianova’s hometown. It was rumored that the wealthy couple’s relationship worsened after the birth of their third child. Natalia’s friends said that the rumors about Lord Portman’s wealth were not true to fact. The renowned British clan supposedly has only the title, whereas Vodianova is the primary earner in the family, the rumor said.

Vodianova visited Moscow in December of 2009. She appeared with her hubby at Bolshoi restaurant.

Lord Portman gave a brief interview to Kosmomolskaya Pravda newspaper, in which he dotted all the i’s about his marriages to one of world’s most successful models.

Mr. Portman said that he was very disturbed about the report which appeared on Elle’s website. He added that he and Natalia were not going to separate.

Vodianova’s grandmother also assured that the news story was just a rumor.

Nevertheless, Vodianova’s friends in Nizhni Novgorod say that her family is in trouble indeed.

“I heard that Natalia packed her bags, grabbed her kids and left the Portman’s mansion about six months ago. I was very surprised about it because it seemed to everyone that they were such a happy family,” a close friend of Natalia Vodianova’s family said.

Her parents, based in Nizhni, do not expose any information about their daughter’s private life.

If Vodianova and Portman broke up indeed, they manage to keep their private life a secret for reporters. Well, we can only hope that the Russian Cinderella is still happy in her marriage.