Children Born with Genetic Abnormalities Should Be Killed?

Alexander Nikonov’s article with a horrifying title “Finish them off to Stop the Suffering” about disabled children published in a recent issue of a popular Russian newspaper caused frenzy among readers and journalists. The general public is perplexed – is it a scandalous behavior or a conviction, horrible provocation or conscious extremism? 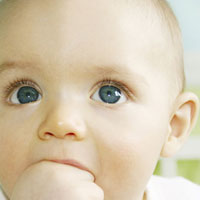 Children Born with Genetic Abnormalities Should Be Killed?

The author himself said that he would hold on to his opinion that children born with genetic or psychosomatic anomalies should be killed, even if he is put to jail for this.

The article made the mothers of disabled children, Snezhana Mitina and Svetlana Shtarkova, write complaint letters to the Public Board for Media Appeal. The women stated that the title of the article was a direct appeal to extremism and discrimination.

The claimants’ interests are represented by Peter Kucherenko, an attorney, who reminded that the talking points used by Nikonov were nearly direct quotes of a famous work that became the main concept for the Nazi Germany racial hygiene (the authors of the concept are Alfred Hoche, a German psychiatrist, and Karl Binding, a German jurist and the Third Reich Minister). The claimants believed the columnist’s statement describing his inhumane position to be outrageous. The author argued that “the absolute majority of normal people give their defective children to the state,” and appealed for legalization of murder of “newborn morons.”

“Would it be more humane to euthanize these children at birth? Elimination of a new born is the same as an abortion or the so called artificial labor…” he wrote in his article. “Whatever you say, I don’t give a damn if the concept of humanness suffers, let’s stop people from suffering – this is my position, and you won’t make me shut my mouth,” he said addressing the Board.

According to Svetlana Shtarkova who is raising a kid with a rare genetic disorder, it is people with the ideology similar to that of Nikonov’s make lives of the families raising disabled children hell. Later, the Public Board stated in its resolution that the title “Finish them off to Stop the Suffering” was indeed an appeal to take lives of disabled children and concluded that the “article was borderline extremist.”

The Board believes that Nikonov has violated the Declaration of Principles of Journalists’ Conduct and Professional Code of Ethics of Russian Journalists. Meanwhile, many public figures and ordinary readers have a stronger opinion on the issue.

“A Russian journalist whose name I don’t even want to name said that the absolute majority of normal people give their defective children to the state. He is right. In our sick and immoral society many parents give away their “defective” children to the state,” says Ludmila Ulitskaya, a writer.

“Before World War II, Nazi Germany passed the laws this journalist would agree with, namely, to eliminate all sick and weak. This is a wonderful way of raising the Nazis.” In conclusion, the writer asked a legitimate question: what should we do with people who lack morals? She thinks that “the author of the article is far more dangerous than children suffering from Down syndrome and other incurable diseases.”

“When asked how long it took him to write the article, Nikonov said “a couple of hours.” He considers his slogan “Finish them off to Stop the Suffering” a slogan of compassion.

“I don’t have enough words to express how horrible this confession sounds,” Sofia Dubinskaya, director of the Association of the Regional Media of Russia, commented on the columnist’s address. “It’s just insane.”

Alexander Lysenko, a member of the National Council for the Disabled, shares her opinion: “The author has a caveman mentality. People like him appear in societies that have a vacuum of ideology and moral guidelines.”

Novikov’s ideas are not new. The documents written by the Nazi in the 1920 state: “The principle justifying murder shall be applied to those suffering from incurable diseases. No one will feel sorry for them except maybe their mothers and caretakers…”