Who Wants Unwanted Pregnancies in Russia?

Russia has the largest territory in the world. There is a strong opinion that Russia will not be able to hold on to this territory with the existing weak population numbers. Siberia and the Far East are thinning out despite all populating efforts. 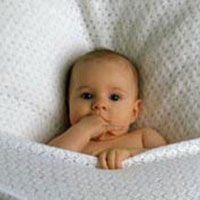 Who Wants Unwanted Pregnancies in Russia?

The official concept of Russia’s demographic development for 2001-2015 stated that its main goal was to stabilize the number of population and create a trend for future demographic growth. Is this an attainable goal ? Certain numbers make it rather doubtful. For example, currently Russian population under 17 is 26 million people . Back in 1995, this number was 38 million .

According to the media, a group of Russian legislators and public and religious figures is working on a draft legislation that allows for a sharp decrease in number of abortions performed in Russia. It is not ruled out that the authors will suggest an absolute ban on abortions performed without medical reasons.

Many responses to this idea were published by the media. Boris Denisov, Ph.D. with the laboratory of the demographics at the Department of Economics of the Moscow State University said the following: “Abortion ban has never led to a steady growth in birth rate, it is a very simplified understanding of the problem.”

I believe this statement to be unsubstantiated, and not only due to the lack of reference to any scientific research. According to a famous demographer Anatoly Vishnevsky, head of the Center of Demography and Human Ecology, “there is no “normal science” in Russian demography.” I can only back up my “simplified understanding of the problem” with my own life experience.

The abortion ban was enforced in post-World War II USSR until 1953. Despite enormous human losses, especially in male population, the country experienced an extremely high birth rate. My mother once confessed to me that the only reason I was born in 1948 was because it was impossible to have a safe abortion. There are many of people born due to the same exact reason. When the post-war generation reached full legal age, my village school in Altai had five graduating classes.

Naturally, our demographic wave was very active in reproduction, and birth rate reached yet another peak in the 1960s.

Last year, Russian statisticians registered the first natural population growth in the country. It was a very small number, only a few thousand people, but it was immediately recorded as the government’s “success.” According to my calculations, it is no more than the so-called “demographic echo,” the third, much weaker wave of the post-war demographic explosion. These were the kids of our kids, i.e., the grandchildren of Stalin’s abortion ban.

The public is very suspicious about a new possible abortion ban. “I do not think that the State Duma will pass this version of legislation. It is a very complex, acute issue. There are countries where abortions are allowed, yet, the abortion rate in these countries is close to zero. This is an issue of choice, despair, and lack of support from family and the society. This is a conscious, but necessary sin,” said Alexandra Ochirova, a member of the Public Chamber.

Why do we have to force women to commit this “necessary sin?” Why can’t we create a piece of legislation that would make a pregnant woman feel useful rather than desperate? Can we give a pregnant woman a new status?

Even when a future baby is not desired, a childless couple dreaming of adoption could pay all expenses for the mother carrying this child. Why don’t Russian family planning centers become mediators between such couples and pregnant women who are not willing to raise their babies, instead of trying to talk them into an abortion?

There is a widely spread concept of surrogate mothers, which is slightly different because the “clients” use their own genetic material. Why don’t we create a practice where women willing to have an abortion will give their babies into “good hands?” This pregnancy could become a full time job for a woman who has no other job and cannot find one. This is a good chance for them, especially during the financial crisis. There is always a silver lining. It would also improve unemployment statistics.

Women who have children for themselves should be paid a salary.

Boris Denisov we mentioned earlier stated: “The research conducted in Russia and other countries shows that those who have zero abortion risk, namely, men and women over 50, are the most adamant naysayers when it comes to the issue of the women’s abortion rights. In other words, these are people who are not threatened by abortions.”

“Not threatened” is a key word. It is time to design an anti-abortion law that would be good news for women rather than a theat.