According to a preliminary report by the National Agency of Police, the figure was situated at 32,753, larger by 504 over the preceding year, when it fell by 844. The population of the country is approaching 130 million. Well known to many are the Japanese terms hara kiri and seppuku, showing samurai doing themselves in rather than allowing themselves to be shamed or captured by the enemy. 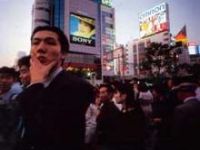 Japan has the highest suicide rate in the group of seven industrialized nations. With roughly half the population of the US, Japan has the same number of suicides. Of the victims tallied, men totaled 23,046. Health problems are the main cause for suicides, accounting for 65% of all cases, followed by financial and family problems.

The number of suicides in Japan increased again in 2009, with the total above 30 thousand maintained the for tenth consecutive year. Aokigahara Forest is known for two things in Japan: breathtaking views of Mount Fuji and suicides. Also called the Sea of Trees, this destination for the desperate is a place where the suicidal disappear, often never to be found in the dense forest.

Japan's reputation as one of the world's worst suicide nations has been confirmed by statistics that show more than 30,000 people a year have taken their own lives since figures first began to rise in 1998. In 2006, there were 32,115 suicides - 25 per 100,000 people; nearly 100 people a day; one every 15 minutes. The most common hour of death is 5:00 in the morning for men and noon for women, after families have left for work or school.

The increase reflects the behavior of the economy, with the tendency of committing suicide with economic problems and large-scale job losses around the time when the fiscal year concludes. The suicide rate in 2007, when the Japanese economy was doing well, was the country's lowest for many years.

National Police saved 72 potential suicides last year who had made postings on the net. Until recently Japan had done nothing to stop tens of thousands of others taking their lives. The 24 hour helpline takes an estimated 720,000 calls a year at its 49 centres.