Increased Rates of Teenage Pregnancy and Abortions in the U.S.

Washington (Prensa Latina) The number of pregnancies among American adolescents has increased in 2006 for the first time in a decade, equal to that of abortions among women aged 15 and 19 years of age, a study center reported today. 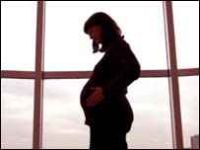 Increased Rates of Teenage Pregnancy and Abortions in the U.S.

According to the analysis of the Guttmacher Institute, the pregnancy rate rose by three percent, four percent more births, and a one percent increase in abortions, reversing data showing a better job of family planning.

Statistics show that 71 per thousand teenagers gave birth in 2006, which places the country as having one of the the highest rates of early maternity in the Western industrialized countries.

Similarly, the slope reported that so far it has manifested itself in all racial and ethnic groups, the increase in teenage mothers occurs in all demographic indicators, says the daily USA Today.

The Guttmacher Center suggests that the increase is the result of the challenged policy of sex education implemented under the administration of George W. Bush, who focused his advice only on abstinence.

According to the judgment of the executive director of the nonprofit Campaign for the Prevention of unwanted pregnancies among teenagers, Sarah Brown, said the problem lies in that the youngsters are having sex, but do not receive enough information about contraceptives.