Facebook is Cited in One of Five English Divorces

But is it really the culprit? Experts discuss the issue 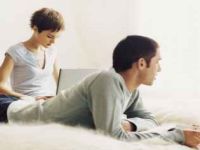 Facebook is Cited in One of Five English Divorces

A British survey revealed that Facebook is responsible for 20% of divorces in the country. The survey took into account five thousand petitions for separation and found 989 instances that cited the network of relationships.

But is the Internet a tool that facilitates betrayals? According to psychologist Carmen Magalhães, specializing in relationships, it can distort reality. "Everything can be planned and calculated on the Internet. The shy becomes spirited and outgoing. Pictures shown are the best, with angles that people want to show," he says. "It's easier to wear a mask and seductive escape from reality. The man loves the game of conquest and has a tool that facilitates their escapades without interfering in their day to day, as he can talk of work," he added.

The fact that your boyfriend or husband spends hours on the Internet does not mean he is cheating and it is not indicated to scour all the sites he’s visited. Carmen says that if a person suddenly changes behavior, it may be a sign that something is wrong. "Aggressiveness, excuses that do not exist and distance may reveal missing dialogue between the couple. But do not encourage anyone to search social networking sites in search of some trace. If there is love and trust, it is best left for a discussion. It may be that the process is reversed if both realize what has going missing," he suggests.

Luciana Ruffo, who is a psychologist at the Center for Research in Psychology and Computer Science of PUC-SP (NPPI), says that, in fact, people do not cheat because of the internet. It only facilitates the process. "People use these channels as evidence of a betrayal, but I do not think it is the cause, 20% is a very high number to blame on the network,” he said.

According to her, if a person has a predisposition to betray, they do not need any social networking site for that. "What happens is that these sites make it easier to find like-minded people and therefore may accelerate the process. If there is no intention or predisposition, it will not be used as a tool for this. The Internet increases the possibility, but does not create it. It does not make you betray. You cannot blame a tool for human behavior. The Internet is a reflection of what we do in real life," he adds.

Sites like Facebook cause many fights between couples. The explanation for this, says Luciana, is that people have fantasies that are unique. "When you're with someone, you have the illusion that there is no space for the partner to think of others. Social networking sites show people that they are not unique." And that does not mean talking to someone means a betrayal. "When read by someone who does not know the context, a message may seem simple proof of treachery and generate a fight or even a separation," he says.

"I think that when there is a case of real suspicion, the woman can use the Net to see if she can find out what goes on, but not to check up on her boyfriend or husband all the time," says Luciana.

The psychiatrist and psychotherapist Luiz SCOCCO, specializing in sexual disorders, says that in his office there has been increased cases of patients reporting virtual betrayal. But he believes that they differ little from real situations. "Imagine you're at a party with your boyfriend, you go to the bathroom and as soon as you are gone he is talking to a girl. It's something like that. That contact can evolve into a telephone exchange, a conversation, a meeting ". Luiz says the virtual world facilitates rapprochement between people but, ultimately, a betrayal is a betrayal. "You should act as with any treachery, that is, talk a lot, try to consider the problems of the couple, and the connection and to separate, if necessary," he says.

Luiz says that the Internet has given rise to new formats for compulsions and bad habits and that people should, first of all, take care of their physical and mental health, filling their lives with productive activities. "When your life is devoid of quality, then it is just filled with things like this, that is, shallow virtual relationships," he says.