There is Money for Banks but not for Schools

UN report points towards education reversal trends due to the world financial crisis, while the rich countries found 3 trillion USD to bail out the banks. The reason? The world’s “haves” have failed to live up to their promises to deliver financing for the “have nots” many of whom are in their current plight because they were held back for decades. Worse, the “haves” are lying about how much aid they give. 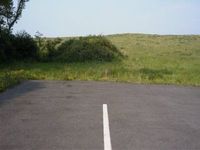 There is Money for Banks but not for Schools

The UNESCO Education for All – Global Monitoring Report 2010, “Reaching the Marginalized” states that “While rich countries nurture their economic recovery, many poor countries face the imminent prospect of education reversals”. UNESCO Director-General Irina Bokova considers “We cannot afford to create a lost generation of children who have been deprived of their chance for an education that might lift them out of poverty”.

According to Kevin Watkins, Director of Global Monitoring report, “Rich countries have mobilized a financial mountain to stabilize their financial systems and protect vital social and economic infrastructure but they have provided an aid molehill for the world’s poor”.

It is a telling comment on where Mankind is today and where the priorities of the governments of the world’s leading nations lie, that three trillion USD were suddenly readily available to bail out the banks after their own greed and inefficiency led the citizens of the world to the brink of economic catastrophe and that nearly one trillion USD has so far been spent on wars in Afghanistan and Iraq.

Worse still, the report accuses the rich nations of lying about how much money they provide in aid. “Smoke and mirrors” have been used to exaggerate how much aid is actually provided to poorer nations, it claims.

The report states that if current trends are continued, the number of children of primary-school age out of schooling will be 56 million by 2015, while today 71 million adolescents are out of school, girls accounting for over half this number. Moreover, the report points towards overly optimistic figures presented by schools and claims that the reality is very possibly 30% worse than the official figures.

Gender inequality is also clearly visible in figures on adult illiteracy, where little progress has been made in recent years and which accounts for 759 million people worldwide. 66% of these are women. Today 178 million children are under-nourished in the first five years of their lives, affecting their progress at school later on. Instead of progress being made, the situation is worsening.

While spending is evidently not cut for the banks and for the gray and unelected arms lobbies which control foreign policy, cutting back on education is likely “to create a lost generation at a tremendous cost to society,” according to Irina Bukova.

While highlighting the great progress made from 2000 to 2010, especially when compared with the 1990s (the number of children out of school has fallen by 33 million since 1999 while the enrolment rate in sub-Saharan Africa has risen fivefold), the report concludes that the Millennium Development Goal of universal primary education by 2015 remains “far off track”.

As UN Secretary-General Ban Ki-Moon pointed out at the presentation of the report in New York, education “should never be an accident of circumstance, nor is it a privilege to be distributed on the basis of wealth, gender, race, ethnicity or language”.

Yet to all intents and purposes, it appears that this is so. Do those who govern our international brotherhood of nations have a collective responsibility or not? And if so, why are they not held accountable for such shocking inequalities and violations of fundamental human rights?