A video has appeared on the internet, showing a person who looks like Deputy Consul General of Britain’s Foreign Office in the Russian city of Yekaterinburg, James Hudson, entertaining with two Russian women thought to be prostitutes. The video was made in one of the city’s brothels. Someone posted the video on the Internet to Mr. Hudson’s great surprise. 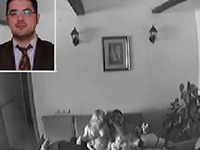 The British press reported that the diplomat’s accreditation had been withdrawn immediately. Britain’s Consulate in Yekaterinburg declined to comment the incident. It has recently transpired that James Hudson stepped down from his post, Telegraph.co.uk said.

The snapshots from the controversial video were published in Britain’s The Sun. The article in the tabloid was titled “Our Man in Susanna.” Mr. Hudson was shown on the pictures hugging the prostitutes, drinking champagne, watching striptease and having sex with the women.

“Organised crime gangs hoping to extort cash from Hudson could also have been responsible for making the video,” the newspaper said in the article. “The Foreign Office confirmed Hudson had resigned, saying staff were expected to "demonstrate high levels of personal and professional integrity,” the author wrote.