It is an open secret that life develops in accordance with a certain cycle. The events of the present may often copy those of the past. Periodical repetitions, which can hardly be explained from the point of view of common logic, may occur both in the history of whole civilizations and in the lives of separate people. 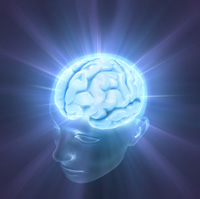 A comparison of the histories of Ancient Rome and Moscow (the city is known as the Third Rome) can serve a remarkable example of such amazing coincidences in the development of our civilization. Gaius Julius Caesar was the first man to bear the title of the ‘emperor.’ The same can be said about Peter the Great, who became the first emperor in Russia’s history.

Caesar introduced his Julian calendar in the year 46 B.C. The New Year on the Julian calendar begins on January 1. Peter I signed a decree on December 1, 1699 to mark the beginning of the New Year on January 1. Caesar’s decision to set up headquarters in his army and institute the position of the chief of engineers was repeated under Peter I as he founded the general headquarters and the Corps of Engineers in Russia.

A classic example of striking coincidences can be seen in the fates of two renowned American presidents – Abraham Lincoln and John F. Kennedy. The first was elected in 1860, while the second took office 100 years later, in 1960. Both Lincoln and Kennedy were Democrats, both of them struggled for equal rights of the white and the black races. They both were killed for their policies.

Russian poet Velimir Khlebnikov said that he had had a vision which allowed him to identify a certain cycle of Russia’s development. He said that Russia would suffer from cataclysms every 12 years. The year of the first Russian revolution – 1905 - was taken as the starting point in Khlebnikov’s cycle.

His vision was proved in real facts. The year 1917 – the Socialist Revolution, the year 1929 – famine and collectivization, 1941 – the beginning of the Great Patriotic War, 1953 – Stalin’s death, which became a national shock, 1965 – the end of Khrushchev’s Years of the Thaw, 1977 – the adoption of the new Constitution, 1989 – the fall of the Berlin Wall, which marked the beginning of the collapse of the Soviet Union.

Many scientists try to explain the phenomenon of coincidences with complicated theories, although many others say that such things are beyond explanation.

Biophysicist Alexander Chizhevsky discovered that all nations living on Earth have periodical outbursts of activity and aggression. His theory is based on the cycle of solar activity. His activity period – eleven years – is very close to the cycle of the eastern calendar, according to which history repeats itself every 12 years.