Eurovision Song Contest, which takes place in Moscow on May 12-16, will cost a lot more than the previous contests held in other countries. The spending on the contest in Moscow will not return any profit, The Vedomosti newspaper wrote. 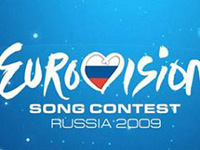 Valery Vinogradov, the organizer of the contest in Moscow, said that the budget of the event, which Moscow would host for the first time, was based on five sources. The Russian government assigned one billion rubles for the contest; the Moscow government – 200 million rubles. The European Broadcasting Union assigned about $6 million.

Eurovision has six official sponsors in Moscow: Raiffeisenbank, Schwarzkopf and Rostelecom are the international partners of the contest, whereas Pepsi, Mary Kay and Gold Mine Beer are the national sponsors.

Russia’s Channel One does not expose the amount of its spending on Eurovision in Moscow. However, it transpired that the budget of the contest was evaluated at about $42 million. Konstantin Ernst, the Director of Channel One, said that last year’s Eurovision cost 24 million euros (about $32 million).

Organizers spend most of their funds on the rent and the re-equipment of the venue - Moscow’s Olimpiisky Sports Complex (The Olympic Stadium). Advertising, the accompaniment of delegations and journalists, personnel, volunteers and transport also take a lion’s share of the budget.

About 19,000 people will have an opportunity to attend the final show of Eurovision at Olimpiisky. However, only a half of those tickets are available – the rest is distributed free of charge. A ticket to the final costs from 5,100 to 99,800 rubles ($154 and $3,024 respectively). Most of the tickets have been sold out, although it has not been reported how much the tickets can return. A spokesperson for Russia ’s Channel One said that the ticket sales profit was nothing in comparison with the spending.

Valery Vinogradov is certain that Moscow will not be able to recover its costs through the sales of Eurovision-related merchandise. An official spokesman for the European Broadcasting Union also said that the contest in Moscow would be unprofitable.

“The profit does not matter, the inner political effect – that’s what matters here,” Konstantin Ernst said admitting that the show would be loss-making.