Georgia has to change its anti-Russian song for Eurovision

The decision on possible changes in the text of the song which was presented by Georgia for the Eurovision 2009 song contest is to be made today, says Natia Uznadze, the head of the national selection committee. 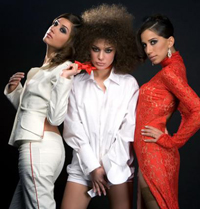 Georgia has to change its anti-Russian song for Eurovision

The European Broadcasting Union officially told Georgia on Tuesday that its entry for the Eurovision 2009 song contest did not comply with the rules of the competition.

In particular it doesn’t comply with Section 4 Rule 9 of the Rules of the 54th Eurovision Song Contest.

"No lyrics, speeches, gestures of a political or similar nature shall be permitted during the Eurovision Song Contest," the EBU said on its website.

Now the Georgian band Stephane & 3G will have either to rewrite the song or choose a different one. The deadline is March 16, when all participating countries officially hand in the information on the selected entries.

“The members of our group are now abroad. They will be back to Tbilisi on Wednesday, and the comments will be provided afterwards,” Natia Uznadze said. She also said that the decision on the text changes cannot be made without the musicians.

Georgia's Stephane & 3G band openly said earlier that their song “We don't wonna put in” was a protest against Russia’s politics.

Moscow is hosting the event for the first following Russian contestant Dima Bilan's victory last year in Belgrade , with his song “Believe.”

The Georgian entry will not be the first time a former Soviet republic has attempted to mock Russia on the Eurovision stage. Last year, Ukraine's Andrei Danilko, who cross-dresses as an overly busty woman with the stage name Verka Serduchka, sang Lasha Mumbai, but intentionally slurred the words so that viewers heard "Russia Good-bye!”