Two teenagers residing in Russia’s Tomsk region became brutal murderers after they had watched The Silence of the Lambs thriller. The two schoolboys were inspired with the character of Dr. Hannibal Lecter and committed a series of grave crimes. 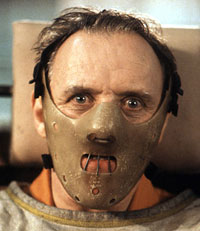 Peers Andrey N. and Stanislav P. were terrifying the city of Tomsk for four years, Life.ru website reports with reference to the Office of the Public Prosecutor of the Tomsk region. The two boys have now turned 16. When the criminals were finally arrested, their testimony shocked even experienced investigators. The two teenagers have murdered six people.

The two boys from well-to-do families became notorious malefactors trying to imitate one of the main characters of the critically acclaimed motion picture.

“They were inspired by the maniac from the movie. They committed their crimes with sophisticated cruelty and did not even try to conceal the vestiges of the crimes,” police officers said.

One of the boys confessed during the first interrogation that he wanted to feel adrenaline in his blood and to understand what it was like to kill a human being.

“We’ve never had this in our practice. Andrey and Stanislav were acting in the most beastly manner. We found several bodies in different areas of the city, but all of them were slain according to one and the same scenario. All of them were killed with rocks, strangled with a scarf and robbed,” prosecutor Sergei Shabalin said.

The two boys committed their first crime when they were twelve years of age. “We did not believe it at first, but when we delved through the archives we realized that the crime patterns were identical,” the prosecutor said.

It was not the first time when thrillers and horror movies inspired people to commit most grievous crimes. The police of Brazil arrested a young man in August 2008, who murdered and dismembered his British girlfriend. The police said that the man was a big fan of Chucky (Child’s Play) films.

Mohamed D'Ali Carvalho Santos, 20, was accused of killing and dismembering his British girlfriend, Cara Marie Burke, 17. The fragments of the girl’s body were incidentally found under a bridge. The murderer filmed his crime on camera and supposedly intended to email the video files to his country-fellow in Britain.

The police said that Santos was worshipping a character of the American horror, a toy murderer, and even had a Chucky tattoo on his back.

The man left the girl’s body in his bathroom and went to a party. He returned the next day to dismember his girlfriend. The police subsequently found a blood-soaked suitcase with the lower part of Burke’s body in it.

A 25-year-old maniac Daniel Gonzalez was convicted in Britain in May 2006. The man was inspired by the world-known character from The Nightmare on Elm Street horror films. He was sentenced to six lifetime sentences for the murder of four people and two attempted murders. Gonzales committed suicide in August 2007 when he cut his veins with a piece of a compact disk.