Victims of rape must always blame themselves?

There are people who say that victims of rape are guilty of their experience themselves. “What do they want when they put on a very short skirt for a party in a night club? Why do they join a company of men for a picnic?” Strangely enough, these are the typical thoughts of not only men, but women too. 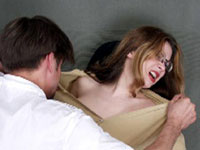 Victims of rape must always blame themselves?

If a woman thinks so, it is obvious that she has never been sexually abused. It goes without saying that there is a phenomenon of risky behavior. A young woman takes a late walk alone, flags down a car and agrees to have a free ride in a company of a male driver. This is an example of risky behavior indeed, but does it give rapist any advantage? Sexual violence is not a question of sex, it is mostly a question of power and control over a victim.

In southern countries it is considered a tradition for local men to buy a cup of coffee or a glass of juice to a foreign woman. If a woman accepts the drink, men take it as a signal: she is ready for everything. It would be correct to ask a direct question to a woman who may not be familiar with local “coffee traditions.” However, many people believe that women, who agree to join men for a picnic or accept a free taxi ride offer, agree for something more.

It may seem strange to some, but many women may accept offers without having any second thoughts at all. They just say yes to what they were offered, whether it is a hike, a weekend party outdoors, or just a pleasant conversation with a handsome man. Furthermore, there are not many women who believe that they need to sleep with someone for some food or drinks. Some women are inexperienced, others are silly, while some others need to have their protection instinct improved.

Even if a woman is silly, who has a right to punish her for her silliness? Women tend to believe that a girl will never be raped if she goes in for kick-boxing or karate, if she wears baggy sweaters and jeans and does not care about makeup. A woman will never become a victim of rape if she comes home early before it gets dark, if she does not flag down cars, if she does not take a late commuter train with a group of drunk men in a carriage. Pepper gas or a stun gun can be just as reliable as a condom. This is what they seem to think.

Needless to say that women need to have simple rules of their own personal safety. However, such rules do not minimize danger. Any average man is physically stronger. If you don’t see microbes it does not mean that they don’t exist.

Anything can happen. A friend of mine was raped by two men in broad daylight, just some 200 meters away from her home. The daughter of my other friend encountered a man who liked showing off. She was at school, doing something alone in her classroom when the bastard came in. Do you really believe that those girls were guilty of what has happened to them?

As long as people blame victims of rape and try to justify rapists, the amount of sex crimes in our society will not reduce.

It would be stupid to say that a woman can recognize a rapist in a crowd of people. A married respectable man having a good job and a decent car may lead a completely different life when he is alone. Rapists plan most of their crimes and commit them in daylight hours. Many women can be on very good terms with their rapists.

There are too many rules, conditions, rituals and dress codes for girls. Boys must always follow only one and very simple rule: ‘no means no.’ It does not mean ‘maybe,’ or ‘try me.’ It only means ‘stop.’