Man dismembers his wife by mistake

A male resident of Russia’s Yakutia Republic dismembered the body of his wife after he mistakenly considered himself guilty of her death. 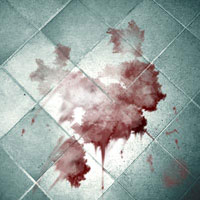 Man dismembers his wife by mistake

The incident took place in the village of Sarylakh, the north-east of Yakutia, on December 18, 2008. A 59-year-old man had a fight with his wife. He kicked her in the stomach, and the woman fell down. “She fell down and hit her head on the oven,” a local police officer said.

The man was resting on his bed watching his 52-year-old woman making feeble attempts to get up. She fell down again and never got up afterwards. “He approached the woman and found that she was no longer showing any signs of life,” the officer said.

The man took the body out into the cold corridor of the house. He waited for the body to freeze and dismembered it into several parts with the help of a saw. “He put the woman’s head into a barrel and then packed the body fragments in the boot of his car,” the police officer added.

Pieces of the woman’s body were found January 2, 2009 in the boot of Toyota Corsa vehicle. Forensic experts subsequently concluded that the woman had died of alcoholic encephalopathy, which had nothing to do with the kick in the stomach.

Quite a number of brutal murders were committed in Russia’s Far East during New Year holidays, which traditionally last during the first ten days of January in Russia . Most of the crimes were committed under the influence of alcohol. Over 1,000 various reports were filed in the region, including mass murders.

Two bodies of unemployed 32-year-old men were found in an apartment building in the city of Khabarovsk on January 1. The police soon nabbed an unemployed, 40-year-old resident of Khabarovsk , who said that he had killed the two men in a fight, which they had had while drinking alcohol.

A similar crime was committed in the village of Khatystyr of the Aldansky district of Yakutia. The bodies of a 52-year-old woman and her two guests - a 28-year-old woman and a 42-year-old man – were found with cranial injuries January 6 at night. The supposed murderer – an unemployed 55-year-old resident of Khatystyr - was arrested as a result of field investigation. The man also said that he had killed the three people during a drunken fight. The man killed the three after they refused to let him inside their house.

“The man had a fight with someone in the company. He went outside to take a breath of fresh air. The people in the house locked the door and said that they would not let the man in. They were mocking at him, which irritated the man even more. He broke one of the windows, climbed inside and killed them. He used a fire hook, a wooden bar and a stool. The three died of severe open cranial injuries on the spot,” a police officer said.