Kelly Rowland can not afford apartment in Moscow

Purchasing a comfortable apartment in the center of the Russian capital has turned out to be a hard nut to crack for pop star Kelly Rowland, a former member of Destiny’s Child girl band. Rowland simply cannot afford an apartment in Moscow, despite her impressive earnings, Life.ru website reports. 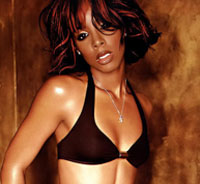 Kelly Rowland can not afford apartment in Moscow

Rowland, 27, developed a great passion for Moscow when she visited the city last week. The singer said that she liked the Russian capital so much that she wanted to have a luxury apartment in the city.

However, as it turned out later, Kelly Rowland can not afford such a purchase. She later believed that she could not spend so much on a flat. Her publicist told the website that she was perplexed with Moscow prices on real estate.

The Western star decided not to buy a 1.5-million-dollar apartment and currently considers something more affordable.

“The idea that the budget would be so limited could never occur to me. The amount, which Ms. Rowland plans to spend on a luxury apartment, is enough to purchase a flat in Moscow suburbs,” a real estate agent named only as Nikolai said.

Kelly Rowland’s budget would be enough to cover the following options in the Moscow region: a new complex of seven 17-storeyed apartment buildings in Orekhovo-Zuyevo - $640,000; a three-room apartment in the town of Mytishi - $720,000; an apartment in Balashikha - $560,000.