Two women stole money and jewelry from a female student of one of Moscow universities. The young woman evaluated her losses at 650,000 rubles ($26,000). 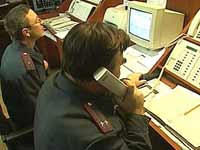 The women stole over 400,000 rubles ($16,000) and jewelry from the student in one of Moscow city parks, RIA Novosti reports with reference to Moscow’s law-enforcement authorities.

The 21-year-old woman addressed to police Wednesday night at about 9:00 p.m. She told the police that she had met two women, who befriended her in the park and offered the student to relieve her of evil spell.

The woman later discovered that her money and jewelry had been stolen from her purse. Her new “friends”, who promised their magical help, had already disappeared.

Another student suffered a similar incident two years ago, when a gypsy stole her cell phone and golden jewelry. However, the amount of damage was a lot smaller – 65,000 rubles ($2,600).

Moscow millionaire students may also fall victims to so-called street witches. Two women robbed a female student in February 2006 and stole 1.753,000 rubles ($70,000) from her. The two women also befriended their victim first and offered her their help of magic.

Another similar incident took place in April of the same year, when two unidentified women befriended a 22-year-old student of the Moscow State Institute of International Relations. As a result, the girl lost about $150,000.