Another woman dies of weight loss pills in Moscow

Another woman became a victim of her efforts to lose weight. A resident of Moscow died after taking weight-loss pills, Interfax reports. 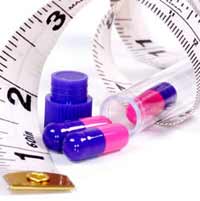 Another woman dies of weight loss pills in Moscow

The dead body of the 35-year-old woman was found in her apartment. Several packs of weight-loss pills were found near the woman’s body.

The Russian authorities have been taking efforts recently to establish law and order in the field of dietary supplements. Russia’s Surgeon General Gennady Onischenko signed a decree to ban many of such supplements which can be found available on the Russian market.

In the developed world, there is a substantial market for products which promise to make weight loss easier, quicker, cheaper, more reliable, or less painful. These include books, CDs, cremes, lotions, pills, rings and earrings, body wraps, body belts and other materials, not to mention fitness centers, personal coaches, weight loss groups, and food products and supplements. US residents in 1992 spent an estimated $30 billion a year on all types of diet programs and products, including diet foods and drinks.

Between $33 billion and $55 billion is spent annually on weight loss products and services, including medical procedures and pharmaceuticals, with weight loss centers garnering between 6 percent and 12 percent of total annual expenditure. About 70 percent of Americans' dieting attempts are of a self-help nature. Although often short-lived, these diet fads are a positive trend for this sector as Americans ultimately turn to professionals to help them meet their weight loss goals.

In the United States, a dietary supplement is defined under the Dietary Supplement Health and Education Act of 1994 (DSHEA) as a product that is intended to supplement the diet and contains any of the following dietary ingredients:

- a vitamin
- a mineral
- an herb or other botanical (excluding tobacco)
- an amino acid
- a dietary substance for use by people to supplement the diet by increasing the total dietary intake, or
- a concentrate, metabolite, constituent, extract, or combination of any of the above.

Furthermore, it must also conform to the following criteria:
- intended for ingestion in pill, capsule, tablet, powder or liquid form
- not represented for use as a conventional food or as the sole item of a meal or diet
- labeled as a "dietary supplement."

The hormones DHEA (a steroid), pregnenolone (also a steroid) and the pineal hormone melatonin are marketed as dietary supplements in the US.

Pursuant to the DSHEA, the Food and Drug Administration regulates dietary supplements as foods, and not as drugs. While pharmaceutical companies are required to prove the safety or effectiveness of their products, supplement manufacturers are not, and the FDA can take action only after a dietary supplement has been proven harmful.

The DSHEA, passed in 1994, was the subject of lobbying efforts by the manufacturers of dietary supplements. At the time of its passage DSHEA received strong support from consumer grassroots organizations, and Members of Congress. In recognition of this, President Bill Clinton, on signing DSHEA into law, stated that "After several years of intense efforts, manufacturers, experts in nutrition, and legislators, acting in a conscientious alliance with consumers at the grassroots level, have moved successfully to bring common sense to the treatment of dietary supplements under regulation and law." He also noted that the passage of DSHEA "speaks to the diligence with which an unofficial army of nutritionally conscious people worked democratically to change the laws in an area deeply important to them" and that "In an era of greater consciousness among people about the impact of what they eat on how they live, indeed, how long they live, it is appropriate that we have finally reformed the way Government treats consumers and these supplements in a way that encourages good health."

A 2001 study, published in Archives of Internal Medicine, found broad public support for greater governmental regulation of dietary supplements than is currently permitted by DSHEA. The researchers found that a majority of Americans supported pre-marketing approval by the FDA, increased oversight of harmful supplements, and greater scrutiny of the truthfulness of supplement label claims.

Russian legislation, Ministry of Health's order number 117 dated as of 15 April 1997, under the title "Concerning the procedure for the examination and health certification of Biologically Active Dietary Supplements", provides the usage of the following terminology:

As a rule, BADSs are foodstuffs with clinically proven effectiveness. BADSs are recommended not only for prophylactics, but can be included into a complex therapy for the prevention of pharmaceutical therapy's side effects and for the achievement of complete remission.

The development of BADSs and their applications has been very fast moving. They were originally considered as dietary supplements for people who had heightened requirements for some normal dietary components (for example, sportsmen). Later, they were employed as preventive medicines against chronic diseases.