The European Union started fighting against ridiculous rules and regulations, which European officials put into effect themselves. It turns out that there are special rules in Europe to regulate the length of cucumbers and condoms, as well as the curvature of bananas. There is also a special commission which struggles against the vibration of paving breakers. 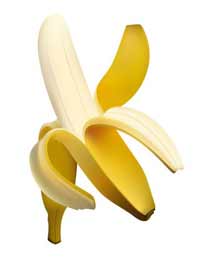 Experts believe that Brussels pays too much attention to absolutely worthless issues, whereas the existence of such issues in Europe creates the revolting atmosphere of bureaucracy, Die Welt wrote. Only 52 percent of Europeans positively treat the EU membership of their countries.

Bureaucratic absurdity becomes the basic reason, which makes many citizens, especially in Germany, harbor more and more negative feelings about Europe. Edmund Stoiber, the premier of Bavaria, who has been consulting the European Commission on the struggle against useless laws, said that Brussels reserves the right to supervise the curvature of cucumbers and bananas, the circularity of apples and the order to position seats in tractors.

In Germany’s Berlin Bundesland (federal land) there is a law about rope-ways, although there is not a single rope-way in the region. Furthermore, a rope-way will never become a reality in Bundesland Berlin because the region is located in an absolutely flat area. However, the law exists.

Brussels officials took care of colors and looks of such vegetables as eschalot and leek. The colors and shapes of cauliflower, melons and cucumbers have been specified in 36 paragraphs of adequate instructions.

The top ten of the stupidest decrees approved by the EU administration would definitely include programs to reduce the vibration of paving breakers. There are special instructions regulating the vibrations of upper and lower extremities.

European officials could not leave the intimate side of human life out of their attention. They officially recognized condom as a medical device and prescribed its physical details. Thus, the length of a European condom should be at least 160 millimeters. Fortunately, officials did not regulate the length of men’s reproductive organs.