Centuries-old sexual standoff may end with defeat of men

Why do men and women react differently to the same events? Why is it so that things good for women are bad for men? Genes prove to be involved here. 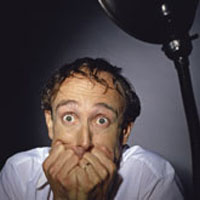 Centuries-old sexual standoff may end with defeat of men

Men hate shopping, because they consider it a waste of time.

Men love hunting for something, while women take pleasure in window-shopping. It is not just different ways of looking at things. “Men are more goal-oriented than women,” said a psychologist from Pennsylvania. ”They set a goal, hunt, buy (or kill a beast) and leave.”

For women a goal is not enough. They need a visual component. They want to see what couturiers offer in this season, what their friends and colleagues wear, what glossy magazines suggest and what goes with their favourite scarf. That is why before women buy carpet slippers, they will drop in at all shops, consult salesgirls, touch goods and try on numerous pairs and only after that they make a final choice. Men are so meticulous only when they choose a car.

Women make a mountain out of a mole-hill. Men are more logic in their judgments and actions.

This phenomenon can be explained. Naturally men are quieter and always think over carefully the goals they set. While women consult friends, mothers or acquaintances, they get down to business without losing time. To perform a complicated task is a point of honour for men (if the solution of the problem is important for them).

Undoubtedly publishers are connoisseurs of human physiology. A cover of any glossy magazine is a vivid illustration of many psychological laws. A male instinctive desire of possession makes him buy a magazine with a picture of a voluptuous model. Women need to follow somebody’s example. If a man sees a woman on the cover, he says “I want her”, while a woman will say “I want to be like her”. It is essential that cover girls are always rich, successful and beautiful, but never provocative.

From the psychological point of view the internal organization of magazines is also of interest. For women magazines should be domestic, comfortable and convenient. Editors of women’s magazines say that the centerfold of a magazine is a home for women. It should be clear and simple. That is why these magazines have similar fonts and the same size of pictures. For men the centerfold is an interesting journey. They do not need eye-catching headlines or bright colours, but it must be creative so that it should be absorbing to move from article to article, from picture to picture.

However, within the past years women often buy men’s magazines while men become more interested in shopping and fashion. Thus, maybe the opposite sexes will obtain mutual understanding in the foreseeable future.