It used to be heiresses just lunched, shopped and partied. Don't tell the $20 billion babies on Forbes' list of the 20 Most Intriguing Billionaire Heiresses, who defy the stereotype of the bon-bon popping princess thanks to achievements in business, sports and the arts. 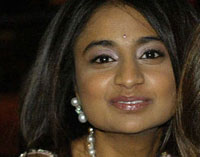 Though society and gossip columns track them like Hollywood starlets, these women distinguish themselves by exhibiting the tenacity and risk-taking that makes their parents the most powerful people on Earth. Not all are success stories--it may take a lifetime for these women to match their parents' legacies.

She is the paparazzi's favorite bicoastal It Girl of the moment. Her knockout looks help, but her dealmaking really generates the ink. In 2005 she debuted in Manhattan's clubby real estate scene, shelling out $23 million to buy Diane Von Furstenberg's downtown Manhattan headquarters. Most recently, the former model paid $15 million for her 4,000-square-foot pad in the new Time Warner Center.

Like her brother, the daughter of India's richest man is active in her father's company. A graduate of the European Business School, Vanisha sits on Mittal Steel's board of directors. In 2004, the London-based billionaire threw his daughter what is believed to be the most expensive wedding in history, a $60 million, week-long extravaganza for some 1,000 guests in Paris.

The elegant daughter of the Moët Hennessy Louis Vuitton luxury goods tycoon is a graduate of the London School of Economics. She worked at management consulting firm McKinsey before joining her father's company in 2000. Since then she's apprenticed at John Galliano and worked at Christian Dior and Loewe. She became the only woman on LVMH's board at age 28. In the fall of 2005, she married the heir to an Italian wine fortune in one of France's social events of the year.

The low-key daughter of Spain's richest resident is being groomed by her father to take over his firm, fashion giant Inditex, which includes the 3,000 store Zara retail chain. This fall the passionate equestrian reportedly began working in one of the Bershka fashion stores, stocking shelves and assisting customers while learning the basics of running a mammoth fashion empire.

The younger daughter of New York City Mayor Mike Bloomberg is an accomplished equestrian vying for a spot on the 2008Olympic team. She founded Rider's Closet, which collects used riding clothes and gear and donates it to intercollegiate riders.

Great-granddaughter of publishing legend William Randolph Hearst and niece of the famously kidnapped and brainwashed Patty Hearst, Amanda is a well-known New York socialite who was once featured in a Harper's Bazaar article detailing her annual maintenance cost of $136,360. (She says she was taken out of context.) The former model is now "global ambassador" for Tommy Hilfiger. This winter she graduates with an art history degree from Fordham University. The heiress is also a member of environmental nonprofit organization Riverkeeper.

The Irish-born daughter of Canada's second-richest man is the creative director of Selfridges, the British department store chain her father bought in 2003. British papers report that her training often included hopping behind the information desk at Selfridges to get a feel for her customers. This year she married the well-born British architect Alexander Cochrane.

The daughter of one of Hong Kong's richest men, casino kingpin Stanley Ho, is an indie singer and actress with several films and commercials to her credit. Her husband is Conroy Chan, lead singer of Hong Kong rock band Alive. The accessible heiress blogs on her Web site, JosieHo.com.

The youngest child of the slain Lebanese Prime Minister Rafik Hariri is herself worth close to a billion dollars. (In 2006 she was briefly the youngest person listed on Forbes' World's Billionaires list with a personal fortune of $1.4 billion.) Hind, who graduated last year from the Lebanese American University in Beirut, campaigned for her brother Saad in his recent successful bid for a seat in Lebanon's Parliament.

The Duke University grad founded Dylan's Candy Bar, a high-end candy emporium with locations in Manhattan, Houston and Orlando, Fla. She says Dad was initially skeptical, arguing that only kids eat candy. The popular Manhattan flagship is now expanding to include a fondue bar and spa.

13:45
German Chancellor Scholz speaks about visa bans for all Russians
16:22
NATO wages war against Russia through the hands of Ukrainian people
15:00
US dollar smile can only make other economies toothless
20:56
Russia and China may form military alliance to counter Western aggression
17:26
Russia confirms explosions near military airfield in Crimea
16:54
Russian Foreign Ministry lashes Estonia for its call to ban Russians from Europe
16:05
Explosions in Crimea in the area of military airfield
14:35
Instead of new arms, Washington presents Zelensky with 'black spot'
12:48
Le Figaro: Putin has a time bomb that will trigger major recession in euro zone
12:25
Not too much time is left for Ukrainian economy to collapse
Society
Russian porn actress stabbed to death in St. Petersburg