All racial problems and conflicts based on melanin

Melanin is a special pigment that gives the skin and hair its natural color. It also gives color to the iris of the eye, feathers and scales. It makes the skin tanned, but also produces unwanted freckles, birthmarks and other colored marks on the body. 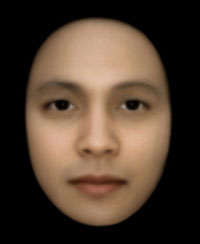 All racial problems and conflicts based on melanin

Mysterious melanin is an amorphous suspension of polymeric compounds that colors tissues of animals, plants, mushrooms and even microorganisms. Melanin can be black, yellow and brown in color. These melanin types determine the dark color of beans and grape pits, make banana peels brown, color insect wings in different shades; give their special colors to shelf fungus and black truffle.

With humans and other vertebrates melanin forms in special sea-star shaped cells called melanocytes in the basal layer of epidermis and then transforms into granules where pigments are combined with protein. Melanocytes inject melanin grains into the cells of the upper skin layer (cortical layer of the hair and the iris of the eye) and determine their color.

Melanin is formed as part of the process of metabolizing an amino acid called tyrosine under the influence of special ferment tyrosinase. However, some researchers are sure that melanin can be formed independently of ferments. As a result of the metabolizing process the amino acid dioxyphenylalanine is first formed, then dioxyphenylalanine molecules also oxidize and the transformations produce melanin. The entire of the process is regulated with special hypophysis hormones.

Melanin forms in the skin basically when it is exposed to the sun; and its basic function is to protect tissues from dangerous UV rays. So, tan on the skin is in fact a natural screen against hard radiation. And it is quite natural that people living in countries when the sun is particularly active have darker skin types. Europeans with light skin types have just sporadic melanin granules in epidermis while natives in Africa or Australia have their epidermis absolutely filled up with melanin granules. Black-skinned people have even lips colored dark as they have melanin in the mucous membrane while light-skinned people have no pigment in the mucous membrane at all.

The color of hair is determined by the amount of melanin in the cortical layer. Dark hair has a lot of pigment while fair hair has fewer granules that are of smaller size. Diffusive or non-granulated melanin makes the hair red.

Certain medical conditions, such as albinism, are associated with the lack of melanin. Albinism is a condition marked by the absence of a normal amount of pigment in the body. Animals, humans, and even plants can have albinism. Majority of people having albinism are very susceptible to the sun, have eyesight or hearing problems and weaker immunity.

It is known that black beetles can survive even in a nuclear reactor thanks to the dark pigment that can filter the sun rays and protect organisms from deep radiation.

Doctors from time to time state that tea, coffee, chocolate and cacao areharmful for our health. However, it is no good to give up these products once and for all as they contain melanin that is essential for the human organism. Also prunes, bilberry or dark grapes are good protection against cancer, sunburns and influence of radiation.

Researchers state that melanin can rejuvenate, make salts of heavy metals and toxins out of the organism which means it can cure various types of poisoning, helps cure alcoholism and drug addiction and stops increasing of cancerous growths. At that, melanin has no contra-indications.

Modern scientists know how to synthesize melanin and produce it from animal and vegetable stuff, from mushrooms. Russian and Belarus researchers know how to produce melanin from horse mane and cauda equine, from vegetable agricultural waste products and microbiological mushrooms.

Melanin spreads irregularly over the human body which explains why we have external sides of arms and legs colored darker than the inside ones, at that the back is colored more intensive than the chest and belly. Melanin sometimes forms dark clots or spots that may make us look either attractive or terrible.

People with red or fair hair usually inherit freckles from parents; freckles generally get settled on the noses, cheeks, forearms and hands. They first appear at the age of 3-5 and behave particularly aggressively during pubescence.

Lentigo or senile spots are usually numerous round or oblong, flat or slightly prominent spots of different size and color. They appear on open areas of body with old people. If lentigo appears with young people this may mean these people have their inner organs diseased.

Tanorexia is considered to be a really dangerous mania that reveals with people who make their skin tanned too much all year round. It is known that basically female teenagers living in countries with cool climate are subject to this mania. To fight tanorexia the British authorities insist that teenagers under sixteen must not attend solaria, and in America children must present a written permission of their parents for attending solaria.

Chloasmas are symmetrical stains colored from dark yellow to brown with distinct borders that appear on the forehead, the dorsum of nose, temples, upper lip, chin, sometimes around nipples and on the belly in the first months of pregnancy. They disappear after childbirth or may stay for a longer period. Chloasmas may also appear during taking hormonal contraceptives or may also indicate some genital diseases of women having them.

Vitiligo is an exclusive instance of depigmentated areas of skin that indicate a disease appearing in areas of skins where melanocytes have no tyrosinase. It is not known for what reasons exactly vitiligo may appear. They may appear against the background of psychic traumas, dysfunctions in the adrenal gland, thyroid gland and sexual glands. Vitiligo is typical of women and cures badly.

Moles or nevus are the most widespread hyper pigmentation type. They are dark spots that may appear on any part of the body; they may be prominent and even have thin hairs on the surface. Some moles appear after the birth and others may appear during the life.

Experts say that hyper pigmentation helps diagnose diseases that people have or have had earlier; it also protects weaker organs. Moles, freckles and other spots are located on projection points of especially sickly organs and give them necessary protection. So, doctors recommend not to disturb such spots.