Many superstitious people all around the world are terrified with the day that they have to live in this world today – 06/06/06. The day carries the number of the Beast – 666. The day of the Beast stirs up fear and raises concerns in many countries: some women refuse to give birth to their babies today, light-minded people make their stakes on the Internet trying to see if it is going to be the Doom’s Day in the history of the human civilization. Scientists and priests in their turn urge everyone to calm down and brush superstition aside. To add more fuel to the fire, Hollywood producers decided to premiere the remake of the world-known horror film, Omen, which tells the story of anti-Christ, on this very day. 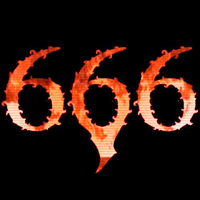 Many Orthodox Christians in Russia have showered deans and priests with questions, begging for help and protection. Many pregnant women asked their doctors if it could be possible for them to delay the delivery of their babies, fearing that they might give birth to anti-Christ.

The devil’s number arouses fear with almost all people worldwide, whether they are religious or not. The USA, for example, has all of its highways numbered, but there is no Highway No. 666 in the States.

The devil is not so black as he is painted, though. The days marked with the number of the beast have brought some positive changes for mankind in the past. For example, deputies of the first Russian State Duma abolished the death penalty law on June 6 1906. Famous tennis player Bjorn Borg was born on June 6 1956, and the blood-thirsty leader of the Kampuchean revolution,Pol Pot, died at a military base of Cambodia on June 6 1996.

Psychologist Nadezhda Aniskova believes that that there is a certain connection between the 6-6-6 dates. “Such days can be extremely difficult for many people. One can notice an outburst of conflicts in families and at work, the number of crimes committed on such days increases as well. However, I would not panic over these facts. Mankind has survived many hundreds of years in which there were many 6-6-6 days. Nothing extraordinary has ever happened,” the psychologist said.

“This number has an ill reputation in the Christian world,” specialist of numerology Alexander Rogned said. “Six as a number means responsibility in the science of numbers. As for the number 666, it can be interpreted as follows. Three sixes summed up altogether give 18. This number in its turn gives 9: 1+8=9. Nine means “ a human being ” in numerology. Three sixes mean something different in other countries. 666 can be interpreted as the number of the Sun. Egyptians associated this number with ancient god Serapis,” the scientist said.

Astrologer Pavel Globa shares a similar opinion. “It would be purely superstitious to expect something extraordinary or supernatural from the day. Number six is the sacred number for such ancient cultures as the Chinese culture for instance. The Chinese view this number as the number of world harmony. To crown it all, it is ridiculous to see the devil's number in our Julian calendar. It will be the 24th of May on the Gregorian calendar,” the astrologer said.

People have developed numerous theories from number 666 trying to see what or who is encoded in the triad. Roman Emperor Nero, kings Karl X and Karl XI, Emperor Peter I, Napoleon, Vladimir Lenin, Stalin, Hitler, the Pope – all these people have been classified as anti-Christs in their times. Someone even managed to ascribe Bill Gates and Mikhail Gorbachev to the number of the Beast.